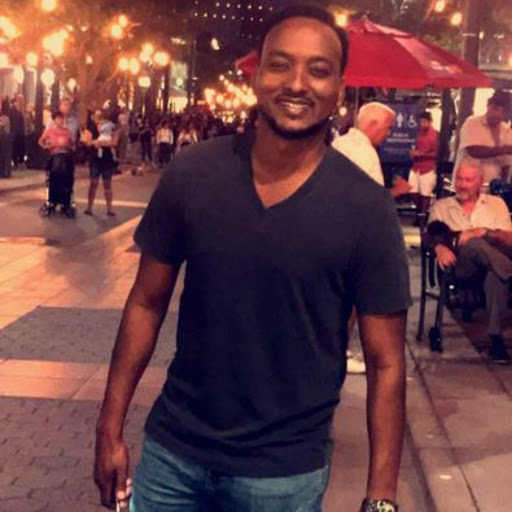 Details have emerged of the last moments of Somali-American businessman Mohamed Bashir Mohamoud whose body found at a Kerugoya Level 5 Hospital mortuary days after he was reported missing on May 13, 2021.

It had two bullet wounds on the head and blood was also oozing from the mouth and nose.

On the day he was last seen alive, Bashir had driven into Miale Lounge and CCTV footage shows him dishing money, appearing to be Sh1,000 notes, to bouncers and security guards, perhaps in the spirit of Ramadhan.

At 6:49pm, the black Range Rover he was driving, registration number KCQ 007P, is seen driving off from the facility with the guards waving bye.

But the vehicle was found early last week burnt to a shell in a thicket in Kibiku area of Ngong', Kajiado county.

Shortly after Bashir left Miale entertainment lounge in Kilimani on May 13, his car appears to have been blocked by another vehicle.

New CCTV footage from the lounge shows that a few seconds down the road after guards at the facility's gate bid him bye, the seemingly obstructed black Range Rover caused a traffic snarl-up on the road he took.

Curious pedestrians are seen looking at what could be a commotion near Bashir’s car.

There was a traffic snarl-up on the left lane and no vehicles are seen moving from the right side, a clear indication that a vehicle had blocked the road.

Reports indicate that Bashir had tried to call his wife but the call was interrupted and his phone was turned off soon after.

Sources indicate that he tried under duress to contact his wife but he could not speak well and he appeared to be struggling with some people who wanted to take the phone from him.

Alibay Hassan, a member of the family's legal team, said the contractor got a baby eight days before his disappearance.

The incident has left his wife severely distraught.

Bashir holds American citizenship and is a resident of the state of Ohio. He had his first marriage there, which got terminated, and for three years now he has been living in Kenya.

"He often travels back to America but he is mostly based here with his wife and family," the lawyer said.

Being American, the family lawyers said they intended to urge the American government to help unravel the case.

According to the family lawyer Charles Madowo, the family has requested privacy as they "process the tragic news and plan for burial," adding, "Even as Bashir rests, the family shall not rest until justice has been served and those responsible brought to book."

“The residents then reported the matter to the police who helped in retrieving the body and took it to the Kerugoya hospital morgue, where it was booked under 'an unidentified body belonging to a male adult',” said Korir.

He said that after taking the fingerprints of the deceased, they sent them to the national registrar which processed and confirmed the identity of the body as Bashir's.

The matter he said has now been referred to the Dagoretti investigation office, where it was being investigated.

The businessman went missing on May 13.

When the family reported the sighting of the burnt shell at Kibiku police station, the officers rushed to the site but went back to the station. When they returned a few hours later, the shell was missing.

Questions arose as to why the Kibiku officers did not secure the crime scene to avoid tampering with forensic evidence that could lead to nabbing the suspects or at least determining the motive.

It also emerged police visited Miale Lounge where Bashir was seen the last time on May 13 and took CCTV footage of his activities there.

Ministry of Interior officials and police top brass on Thursday appeared before the parliamentary security committee to shed light on the extent of the investigations.

Deputy Inspector General of Police Edward Mbugua told the committee that not much had been uncovered so far.

“The matter is under investigation and I can’t be able to respond to it wholesome. We will respond to specific matters raised,” he said.

The family of Bashir also appeared before the committee to petition it to investigate the incident. They said there was little information from authorities over the same.