'My daughter is not dead' Aisha Jumwa refutes suicide claims 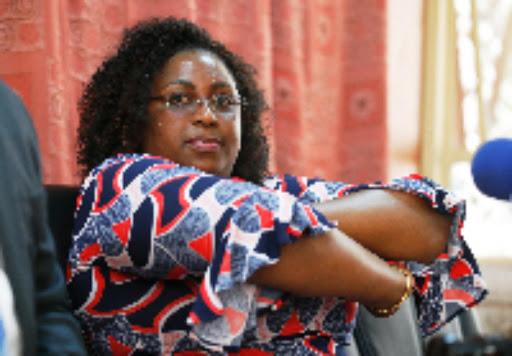 Malindi Member of Parliament Aisha Jumwa has refuted claims that her daughter Melisha Jumwa is dead.

According to word going round on social media, it was alleged that Melisha had committed suicide while at school.

And that her body was discovered in the dining hall.

Aisha Jumwa now says her daughter is safe and sound and that the news doing rounds is propaganda.

'I have seen a post doing rounds in social media that my daughter is dead after committing suicide.

I thank God because my family and I are all OK, including my daughter.

The information doing rounds on social media is all propaganda.

God is able and I thank him for life. we are all well,alive and kicking' said Aisha

The photos alleged to be of Aisha's daughter are of a Ghanaian girl who committed suicide in the past.