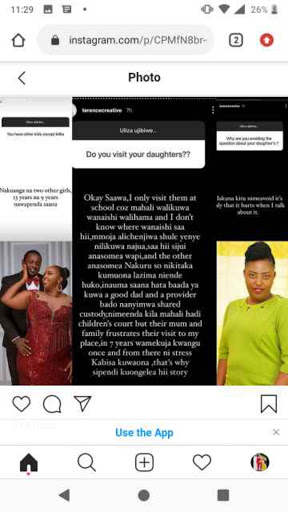 Content creator Terrence Creative has revealed the turmoil he has been going through for not being able to access his kids.

The comedian was in the past married to Eunice Waneta with whom he sired two kids.

During a Q and A segment, Terrence now says it's been seven years since they spent time together with his girls.

'Do you visit your daughters?' asked a fan

To which he responded

"In seven years, they have been to my house only once and since then it has been stressful trying to see them," he added.

'Hakuna kitu naavoid, it just hurts when I talk about it.'

Terrence is currently married to Milly Chebby and together they have a daughter.

Do you think Terence is being sincere ama he is just playing victim?