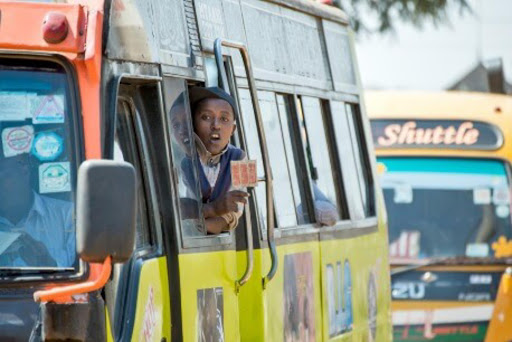 Time and time again we have interacted with matatu conductors who are so rude and impulsive that their answers make us want to be swallowed by the ground.

Some of us are not lucky enough to have private cars and we have to ignore the rude answers.

Below are some of the most common rude answers.

Normally used when a passenger keeps rushing the conductor yet he is not done picking or dropping passengers.

2. Nunua yako/ buy your own car

Used by conductors when you retort that 'Hii gari ni mzee/ this car is too old.'

You have probably hiked a matatu with passengers who want to determine what music will be played when and where.

They will even want to control the volume, woe unto them if they met a rude conductor.

His response will be 'Go listen to the music/ show you want in your house'.

There are passenger who will want to turn a matatu into a cafeteria.

They will want to eat bananas, sugarcane' fries, yogurt and ten dump the empty packets in the car.

Conductors hit at these passengers by warning them that the PSV is not a hotel.

Adding that you should go eat from where you bought the food from.

You could be the passenger in a hurry to get to work before the boss from hell sends you a memo for lateness...again, and ask the driver to step on the gas.

But his conductor, having overheard your concerns, would poke your shoulder with:

“Mtu wangu, ungepanda ambulance (how about you just hope into am ambulance next time man)!”

Then there are choosy passengers who demand to sit at the front, next to the driver because of extra leg room, and fewer bothering passengers.

“Ng’oa kiti uweke mbele (just yank out the seat and take it to the front)!

There are passengers especially teenagers who like touching and petting each other while in matatus.

Well conductors warn such passengers to go get a room as the public is not interested in their affair.