Mothers agony over missing son who left home for a walk 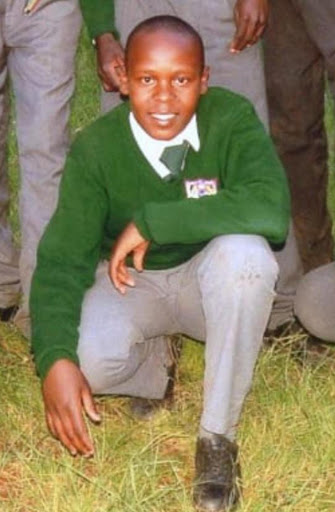 A family in Eldoret Town of Uasin Gishu County is agonizing over the disappearance of their 17-year-old son who went missing two months ago.

James Vala’s parents Paul Matheka and Rose Mwongeli have been having sleepless nights for the last eight weeks since their Son disappeared without a trace.

Addressing the press in their Langas estate home Mwongeli she said she prepared lunch for Vala and his young brother, Alex Ndandu after which he left saying he was going out for a walk.

She explained that when she returned home from her grocery business the same evening, her son had not returned, which she found unusual.

The family is now living in confusion not knowing if their son was kidnapped or killed while on his way back home. He had no mobile phone on the day he went missing according to the mother.

Mwongeli said they have been conducting searches in the neighbourhood as well as calling friends to no avail.

“We have resorted to prayers in the hope that our son will one day come back home and continue with his secondary school education because he was an obedient and bright boy right from primary school,” she said.

Matheka said they are planning to extend their search to all public hospitals and mortuaries in Uasin Gishu County before extending the same search mission in South Rift, Nairobi County, and their home county of Makueni and Machakos.

He said their prayers was that their son will be found alive as he was a pillar of hope and a source of happiness to the family.

“Life has never been the same since he went missing without any clue on his whereabouts,” said Matheka.

“At first I thought maybe he had decided to travel to my parent’s home in Makueni County, but when I called my family members there, they said he had not been spotted and ever since schools closed for second term holiday,” said Matheka.

The parents said the matter was reported to Langas police station two days after the disappearance and hoped the police were undertaking investigations.