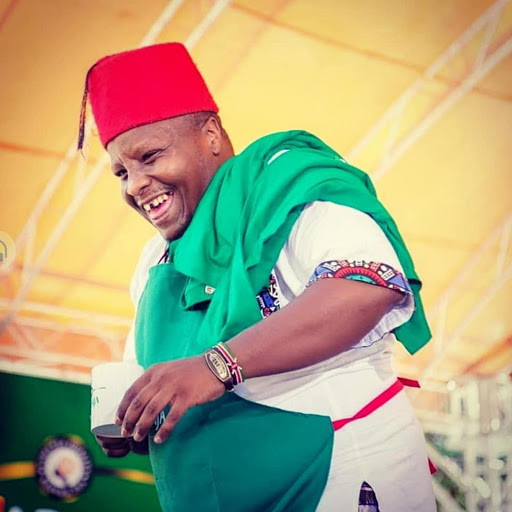 Andrew Muthure known by many as Mustafa says he has been supported by his family for more than a year after he was retrenched.

Mustafa, who acts in the local show mother-in-law, lost his job as a radio host with Hot 96 at a time when his wife was heavily pregnant and bedridden.

Speaking during an interview with Hiram Maina, Mustafa narrated.

'At the time I was retrenched my wife was five months pregnant.

My family has been my heroes bringing me food, helping me pay rent, and even encouraging me.

I am doing a little farming at home but my family is still supporting me as I still don't have a job.

Sometimes I even pay rent in installments.

Luckily for me, I have a very good landlady. That is the reality of the situation.'

Mustafa added that he lost a lot of friends after he lost his job adding that most no longer pick his calls for reasons best known to them.

'There are people I called friends but when I call them to ask for work they do not pick nor return my calls.

But I have one or two friends who stuck by me.' It's been very difficult but I have learned to guide my mind and heart.

If you let go of your heart and mind, your life will go down.

You have to watch and see what conversations you are having with yourself.

That is what leads to depression and it kills people.

People go through depression and they can get out of it, but what matters is the type of thoughts you have.

Currently, I am doing a lot of pro bono work.

I am also diligently looking for work, I don't want to run of the little cash I am still receiving for the episodes that ran on mother-in-law.