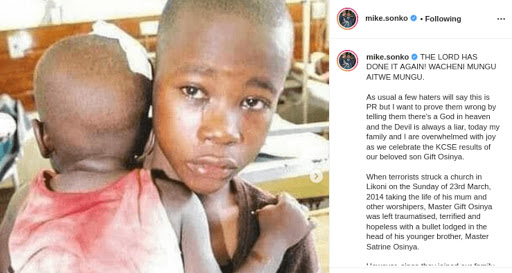 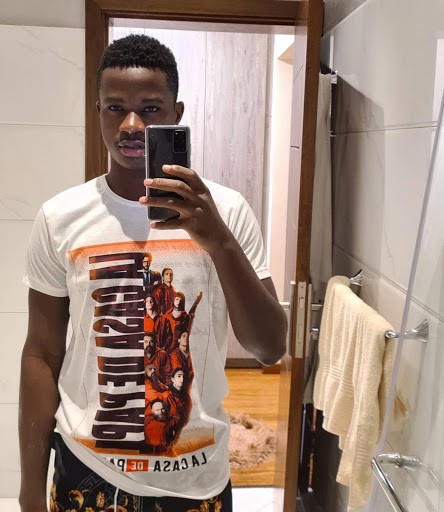 "I didn't even get out of my house. I was in a panic mode and I didn't expect the results to come out that way. I thank God"

"My life changed since then, It was a miracle, it is all God's plan. I am healed and all is going well" he said

After the results, Mike Sonko took to social media to celebrate Osinya;

He went on to narrate Osinya's story.

"When terrorists struck a church in Likoni on the Sunday of 23rd March, 2014 taking the life of his mum and other worshipers, Master Gift Osinya was left traumatised, terrified and hopeless with a bullet lodged in the head of his younger brother, Master Satrine Osinya.

However, since they joined our family seven years ago, we have seen God's miracles in their lives."

Even though as a family we were expecting an A from him, we thank God for his good grades that now guarantee him a place in one of the public universities where he can pursue the career of his dreams.

On behalf of my family especially my beloved wife @primrose_mbuvi, I wish to thank you all for the continued support and prayers, and invite you to join us as a family in celebrating the achievements of our son, while thanking God for his mercies upon his life."