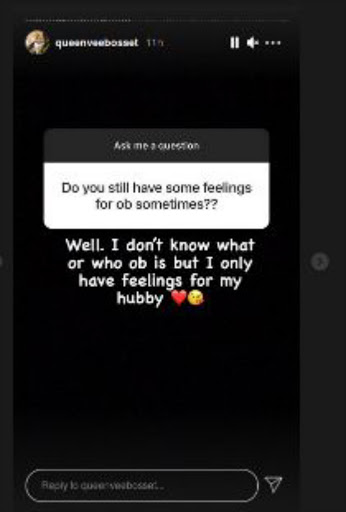 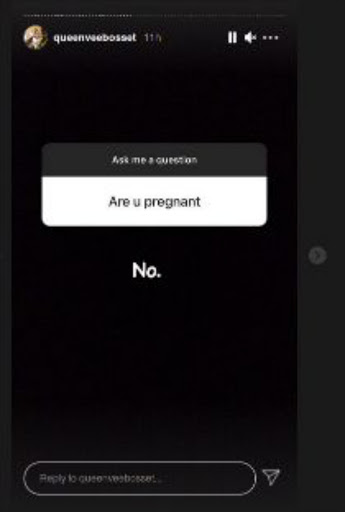 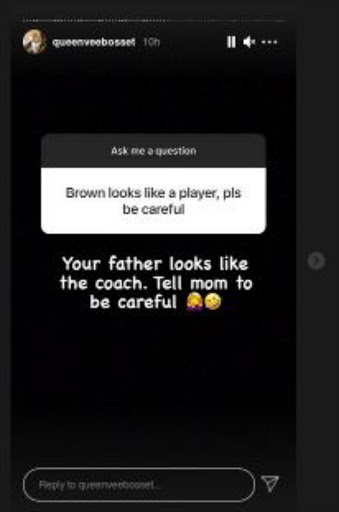 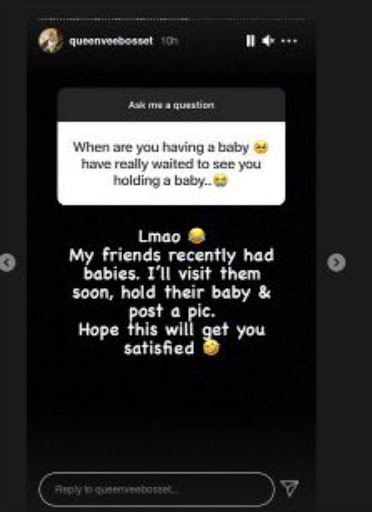 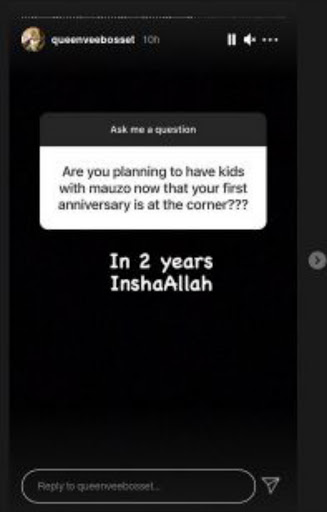 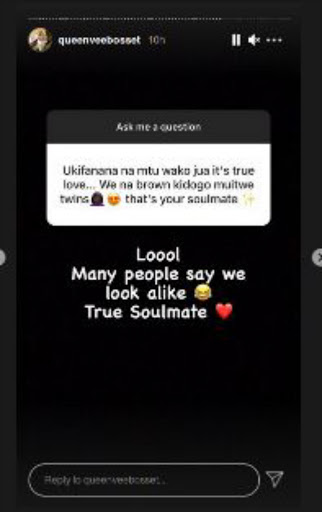 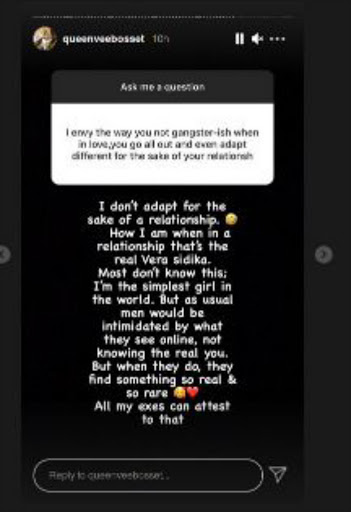 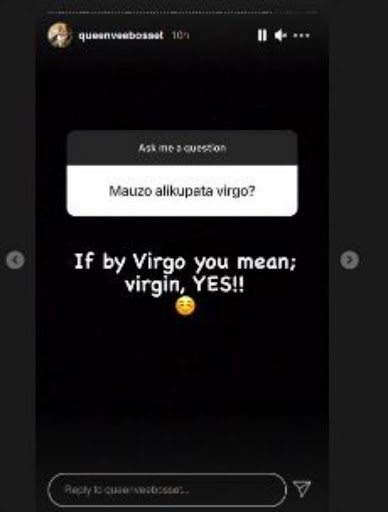 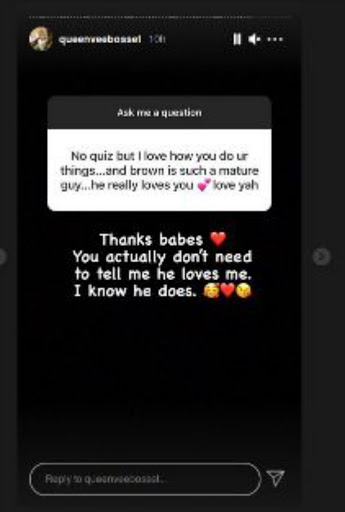 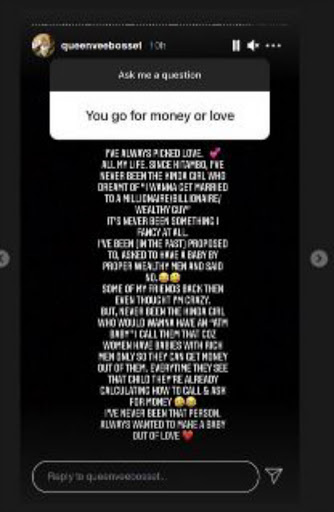 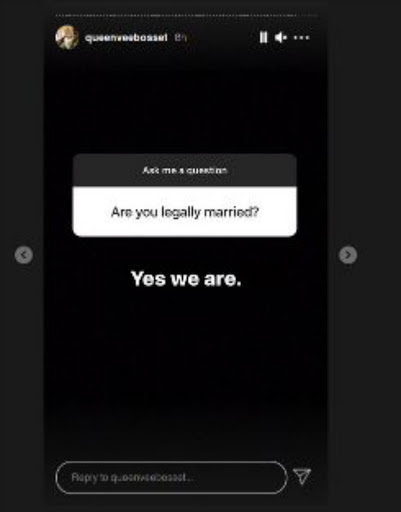 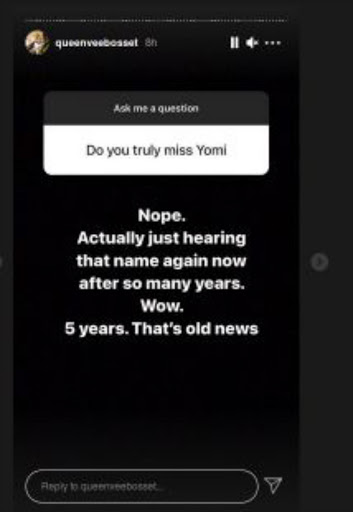 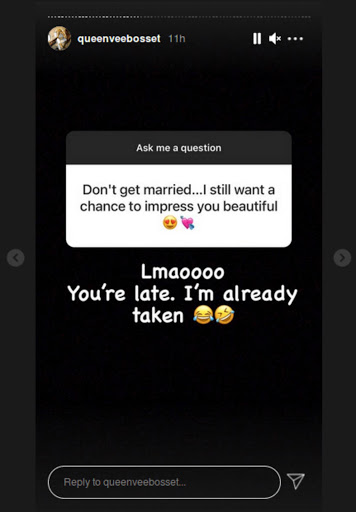 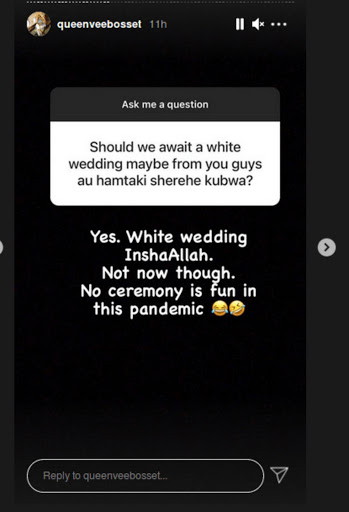 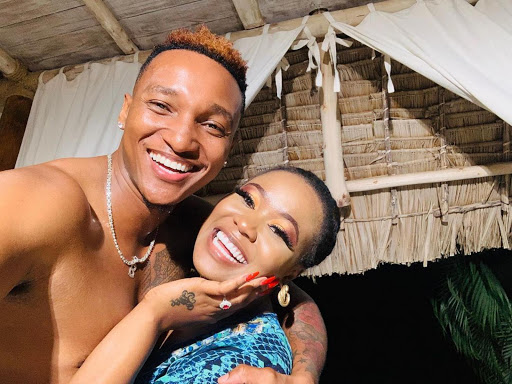 Vera Sidika and her lover singer Brown Mauzo, are almost celebrating their one year wedding anniversary. Sidika who confirmed she is legally married to the singer, says they are planning for a white wedding.

In a past interview with Mpasho.co.ke, a close friend to Mauzo revealed that the two had tied the knot at the Attorney General's office weeks after the singer proposed.

Asked by her fans about a white wedding, Sidika said;

Sidika who is over and done with her exes, didn't want to respond to any questions regarding them.

The socialite who denied pregnancy rumours is looking forward to having kids with Mauzo.

Check out other questions Sidika answered from fans.