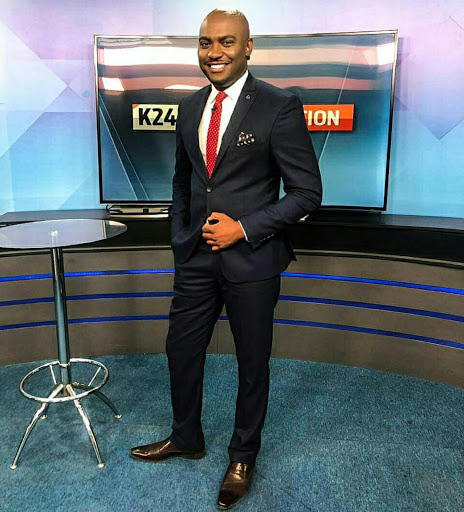 Former K24 TV host Eric Njoka is making boss moves almost a year after he was fired from his job, when his position was declared null and void.

Although he landed the job in Marc,h he officially starts duty this weekend.

It's almost a year since I was declared NULL n' VOID by my former employer 🤐, and as they say to prosper you must let go of the past and all your detractors. Starting this weekend, I usher my voice and skill to the Globe, not new for me but a continuation of my career and elevation of my talent. Wish me luck 🙏🏽🙏🏽🙌🏽 From 🇰🇪 to 🇮🇳 to the WORLD

Njoka was among a list of employees laid off by media max last year, He was fired despite having worked for the company for 7 years.

Taking to his Facebook page, Eric Njoka, the anchorman, as he is fondly referred to, thanked his fans and the management for the opportunity of serving the station.

“I did my part, I played my role with poise and dignity, and I’m proud of it. My 7-year journey @K24Tv has ended, now #Anchorman is ready to take over the world…Focus Onwards, look inwards. Viva!” he wrote.

Eric is an alumnus of Catholic University from where he holds a Diploma in Social Communication.

Congratulations to Eric Njoka on his new job.