Mystery of city man who died in lodging, pesticides found in room 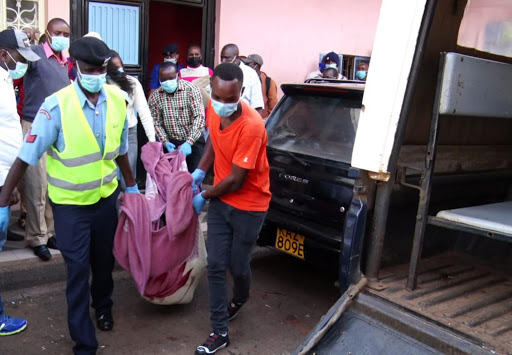 Police in Thika town is investigating an incident in which a man was found dead in a lodging known for entertaining commercial sex workers, under unclear circumstances Tuesday evening.

According to Thika Sub County Police Commander Mohammed Kofa, the man identified as Joseph Nyutu, 45, had locked the room from inside and was alone with no signs of having boarded the room with any woman.

However, two bottles of insecticides were found by his bedside, with suspicions that he committed suicide through poisoning.

“The man booked a room in one of the buildings known for entertaining commercial sex workers alone. He spent the night but failed to get out the following morning raising suspicion. The room attendant notified the manager who informed the police. They then broke the door and found his body, lying on the bed, and two bottles of insecticides by the bedside,” Kofa said.

He said initial reports suggest that he died of poisoning, but were waiting for post mortem results to establish the real cause of his death.

The body was removed to Thika General Kago Hospital mortuary

Residents had flocked outside the building accusing commercial sex workers who parade outside the lodge of the death of the man.

They called on the local administration to flush roaming women out of the town saying they have led to a high rate of prostitution in the town.

The SCPC raised concern over increased suicide cases in the area, saying three people have committed suicide in the last month.

“The three were reported in Makongeni estate and now it is becoming a concern. We need to get out and give people hope in life to reduce desperations. Also, members of the clergy need to take lead roles in advising and encouraging their faithful,” he said.