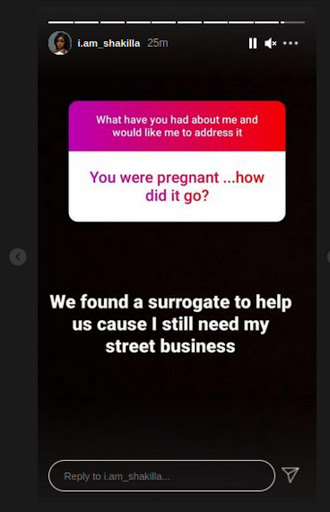 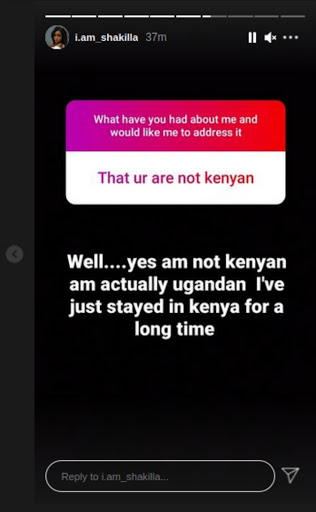 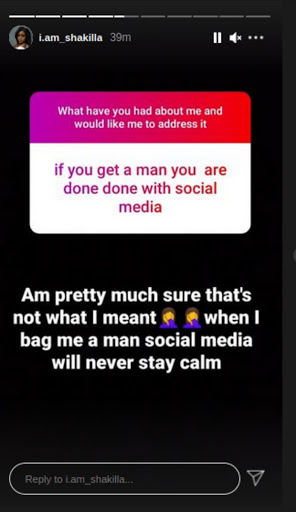 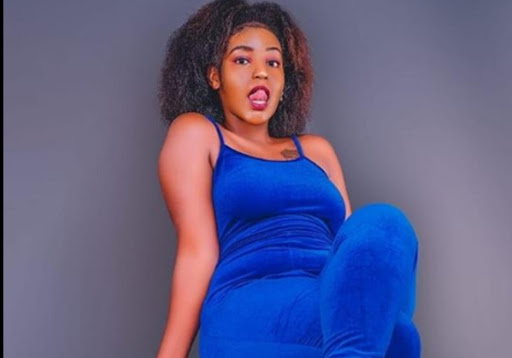 Queen of the streets Shakilla says her body is meant for business. But since she is yearning for a child, the fast rising socialite has revealed she's following Kim Kardashian's foostseps; by getting a surrogate.

In her family reality show 'Keeping Up With The Kardashian,' Kim took fans into her journey of getting children through a surrogate.

When asked by fans about being pregnant, Shakilla said she has opted for a surrogate.

"We found a surrogate to help us cause I still need my STREET business."

According to research, in Kenya surrogacy costs between Ksh 2.5 Million to Ksh 3.7 million.