'Tutazaa na walami,' Octopizzo shades Kenyans who are against his Caucasian lover 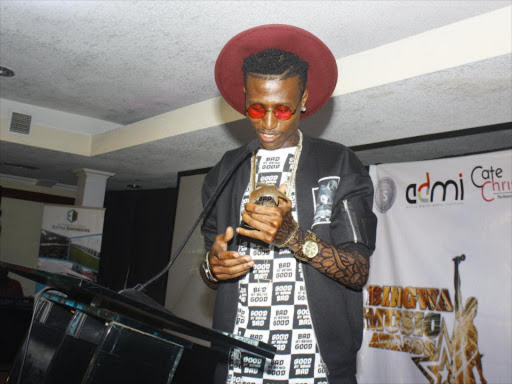 Octopizzo is a father of three adorable kids. One of his baby mamas is a Caucasian woman. The rapper is fed up by Kenyans who have been on his neck on why he fell for the Caucasian woman.

Revealing that he has also been involved with Kenyan women, the rapper slammed those against his woman.

He went on to ask anyone who need a hookup with a Caucasian lover to reach out to him as he was going to link them up.

He said this in an Instagram Live where he was interacting with fans.