'Most expensive shoe in my closet is worth 130K,' - Tanasha Donna 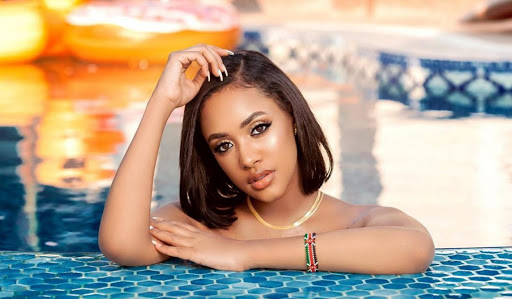 Tanasha Donna has said unlike most people she does not spend so much cash on shoes adding that she loves sneakers for their comfort.

Speaking during an interview with Azziad, she said,

I can't spend such an amount on shoes for now.

Personally the most expensive show I have bought myself is worth 8,000.

I love sneakers and would wear that everyday.

Tanasha shared that she also has an eye infection hence she has to constantly wear stunners till her eyes get better.

Like Tanasha Media personality Janet Mbugua revealed that she loves sneakers as she can no longer wear high heels after the birth of her two sons.

During an interview with Azziad, the mother of two said she only has 40 pair of shoes with most of them being sneakers.

“ONE OF THE VERY FIRST PAIRS OF SHOES I WORE AS A NEWS ANCHOR IN 2007 COST ME KSH 11,000. I KEPT THEM AROUND FOR A REALLY LONG TIME AND THEY SERVED THE PURPOSE OF NEWS. THEY WERE OF GOOD QUALITY HAD REALLY HIGH HEELS WHICH HELPED WITH THE POSTURE FOR READING NEWS,” SHE SAID.