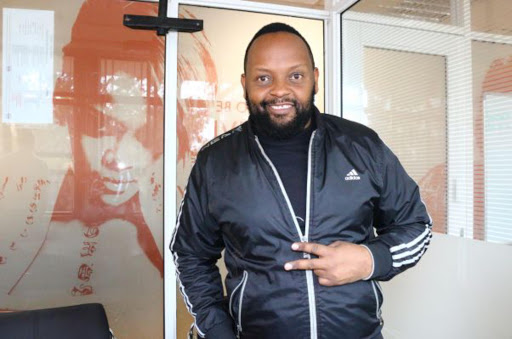 Gospel singer Mbuvi landed himself a TV deal after being in the music industry for over two decades.

In the TV 47 show dubbed 'Coffee With Mbuvi,' the 'Kwata Kawaya' hitmaker sits down with different personalities talking about their rise to success.

In his latest episode, Mbuvi talks to Sifa Favor who narrated his story;

This comes a year after launching his record label 'Panache Plume Interactive' with signees including Nicole Bett.

He started the record label on his 20th anniversary in the gospel industry.

"I started not because I was a musician but I think I loved music," he said in a past interview

"My mum loved me so much and she was proud of me, and so after her death, I did a song, 'Sweet Ndwale', for her, which I later did a remix of with Emmy Kosgei."

As a tribute to his mother, Mbuvi says he is doing another cancer song called 'Bigger than cancer'.

"The remix of that song was a dedication to my mum and a Kalenjin friend of mine, who also lost her mum, and so I decided to do it with the Kalenjin sound," he said.

Mbuvi has been in the industry for almost two decades. He said most of his melodies comes when he is showering, unlike those who say theirs come while asleep.