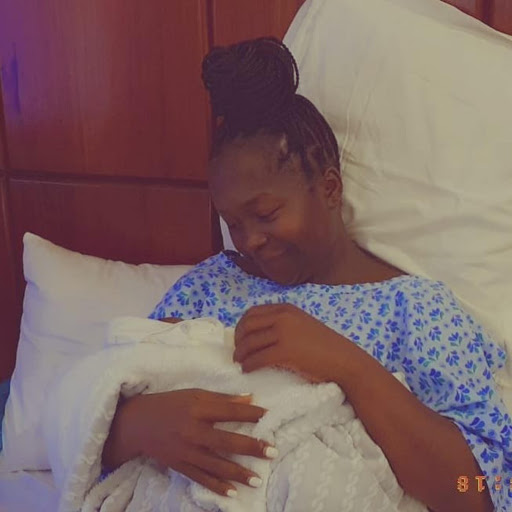 Ugandan comedienne Anne Kansime and her boyfriend have welcomed their first child together, a son named Selassie Ataho.

Taking to her social media to share the exciting news Kansiime penned.

His name is Selassie Ataho.

My sins have truly been forgiven.

Skylanta took to his social media to also share the exciting new saying this is the day the lord has made.

This is the day that the Lord has made ❤

“I HAVE BEEN LOOKING FOR THE PERFECT WAY TO BREAK IT TO YOU MY DEAREST NINJAS THAT SOON MY KANTU SKYLANTA AND I SHALL HAVE A LITTLE NINJA ADDED ON TO OUR FAMILY AND I THOOOOOUGHT AND THOUGHT, WHAT BETTER WAY!!? 🤔”

“SO, THIS COMING FRIDAY THE 16TH OF APRIL, I WILL BE PERFORMING FOR YOU LIVE FROM MY BAKING GROUNDS FEATURING THEPULSE UG AND POURING OUT MY HEART TO YOU ON LOVE ON YOUTUBE.”

“I HAVE REALLY MISSED YOU NINJAS.

AND THERE IS SO MUCH TO TELL YOU, MY HEAD SPINS FROM NOT KNOWING WHERE TO START.

Anne says she is not affected by the changes going on with her body, all she cares about is her baby’s well being.