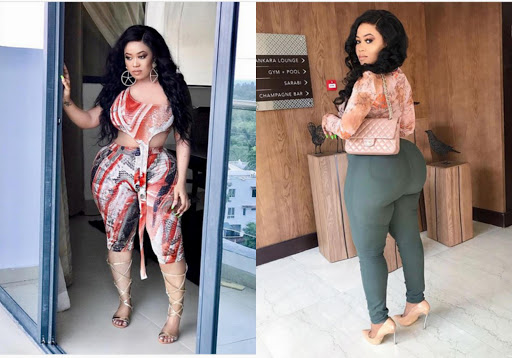 Gone are the days when artists would not use their girlfriends, wives or partners as video vixens on their songs. It's now a trend.

Using your wife or partner is now a trend given that it makes a couple appear more together than apart.

Although some have broken up despite being featured as vixens by their spouses, it was good while it lasted.

Below are some of the prominent people who have used their wives as vixens.

In 2018, Diamond released the song Iyena featuring Rayvanny in which his baby mama Zari is the video vixen.

Despite that, the couple ended up breaking up and Diamond dated Kenyan artist Tanasha Donna.

Nigerian artiste Banky W has in his latest song 'Final Say' featured his wife  Adesua Etomi as the vixen.

The song comes weeks after the couple opened up about losing their unborn twins and how they had to be strong for each other.

Delay is not denial Keep waiting patiently You can triumph through your trials If you just believe So don’t give up the fight Cuz Baba God no dey sleep One day you will surely celebrate oh He will supply your need Have a likkle faith and see that.

Despite being in the industry for almost two decades (20) the couple have never featured each other in any of their songs, this is a first for them.

Tanzanian artist featured his now ex girlfriends Sara in the song 'My Boo.'

Apparently, she had been cheating on Harmonize with Mwarabu the reason why he fired him.

In the song Harmonize assured Sarah of his love despite the allegations, the couple have since split.
Otile Brown
Otile Brown featured his now ex girlfriend Vera Sidika in the song 'Baby Love', and at the time of the production they were dating.
Sadly they broke up and theirs was a messy breakup.