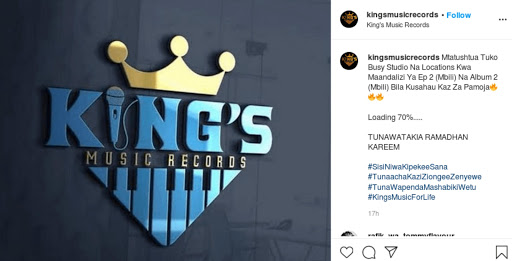 Ali Kiba and his team are disgusted by the ongoing beef between Harmonize and Rayvanny. The two singers were once friends and colleagues at WCB but have since had their differences after Harmonize left the Diamond Platnumz owned music company.

The two are beefing after Rayvanny exposed the fact that Harmonize was hitting on a mother and her daughter. Harmonize was dating actress Kajala and was exposed for also asking the actress' daughter (Paula) out.

Rayvanny who has been in a relationship with Paula, got hold of Harmonize's conversation with Paula and shared it with the public. In the screenshots, the singer is seen asking Paula for sex.

Now singer Ali Kiba seems to think that their beef is making other singers put their projects on hold as everyone is talking about them. He asked them to let him know when their beef is over so that he and his team King's Music, can release their album and EPs

Rayvanny and Harmonize's beef started early this year when Harmonize slammed Rayvanny for dating Paula, who is still in high school. She is set to join form five after finishing her form four exams.