This is the person vacaying with Ben Pol after divorce rumours 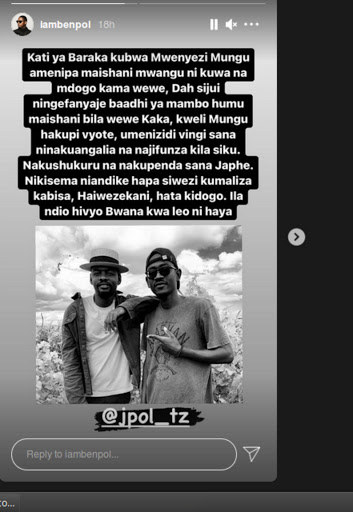 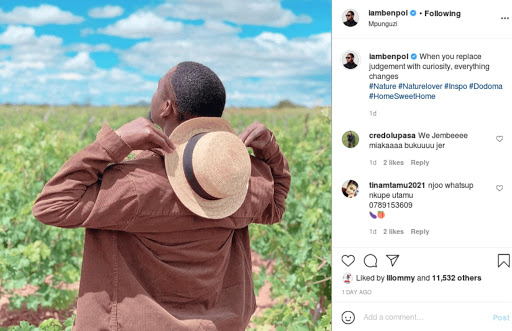 Ben Pol has been reported to have filed for divorce at a Dar Es Salaam based court. The singer married Kenyan businesswoman Anerlisa Muigai last year at a private white wedding.

The wedding was attended by immediate family only!

Pol, real name Benard Paul Mnyang’anga is currently vacaying at a hotel in Dodoma and no he is not alone.

"When you replace judgement with curiosity, everything changes," he captioned in one of his vacation photos

The Moyo Mashine singer has been accompanied by his brother Japhet Paul Mnyang'anga as the two are having a bromance. Pol shared a photo of his brother and showered him with praises, describing him as his blessing