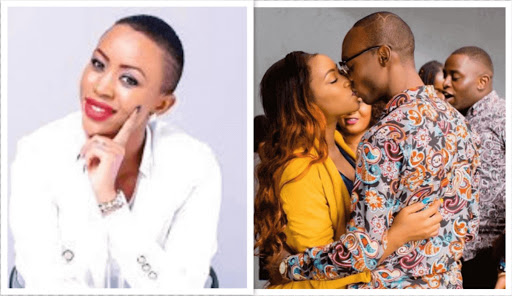 Gospel artist Nicah the Queen and ex wife to comedian Ofweneke has narrated how her ex proposed marriage the first time they met.

Nicah met Ofweneke at a restaurant where she had gone to promote her song.

It's there that Ofweneke indirectly proposed to Nicah by 'pretending' to appreciate her song.

"I had just done a collabo with Mr Tee, 'Yes, I do', and we were promoting it,

In an interview with the Sunday Magazine, Ofweneke revealed that he and Nicah “maturely decided to have an environment where their daughters; Faith and Debbie are comfortable.”

“What I learned about marriage and relationships is that you cannot give what you do not have.

Find happiness within yourself in order to give happiness. The other lesson was that it is never that serious. If things cannot work out even after 20 years, they cannot work out. Just leave,” he shared.

Dr Ofweneke has since moved on and has fathered a daughter with his new bae Christine.