'We can have even 10 side chicks but we can never leave our wives,' - Captain Kale 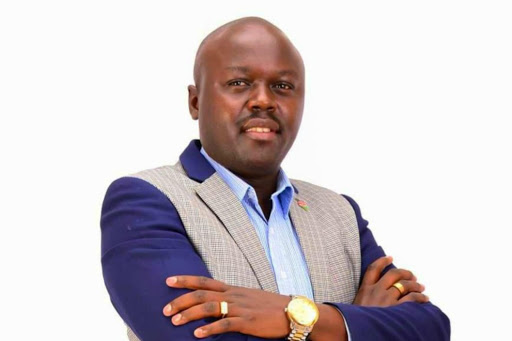 Controversial Classic 105 fan Captain Kale has advised side chicks not to assume the men they are dating will leave their wives for them.

This he revealed during a discussion based on whether Kenyans would consider being in open marriages.

An open relationship means having more than one romantic or sexual partner at a time.

It's an arrangement that both parties agree is non-exclusive or non-monogamous.

According to Kaqle, a man is allowed to have as many women as he wants but a woman should only have one man.

'One thing women have never understood is that we men, can have 10 mpango wa kandos but we'll never leave our wives.

Women on the other hand when they cheat, they do it with the emotions. So allow us to have fun tutarudi.'

Many have called him out for praising 'prostitution' in the name of open marriage.

Below are some of the reactions to Captain Kale's sentiments

Rose Waithera: Any marriage that involve more than two people romantically is too crowded to survive. Living single and mingling is a better option for either and in God's eyes.
Ken Wawesh: People will only respect Your relationship if You respect the person you are in a relationship with.
Mbugua Mwihaki: That's prostitution upgraded to another level... Why we borrowing so much of western culture & embracing it? that's why HIV & AIDS is on increase in most married couples!
Joey Mukami: I think it's almost the same thing some couples do when they revenge on cheating, you cheat I cheat. what do we call it???of course open marriage.
Agnes Wambui Kairu: For me I will always be a one man woman. No matter what