Mother from heaven! Mejja reveals how mum saved him when he wanted to commit suicide 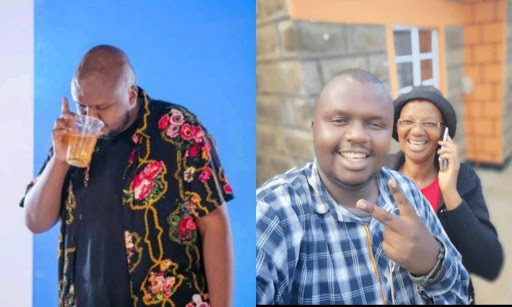 Gengetone superstar Mejja has always opened up about feeling suicidal so as to help those having such thoughts.

For the first time, speaking in an interview with Mzazi Willy M Tuva on Mambo Mseto, the Landlord hitmaker, revealed that were it not for his mother's phone call, he would have been dead by now.

'ilikua ni God coz matha alinikol hio time. Nilikuwa na kisu kwa nyumba [read to stab himself] ...unafeel tuu rage fulani yaani haufai. Mother ainipigia simu akaniuliza "Uko wapi?" nikaplay along mimi niko sawa but she insisted I tell her where I was. I opened up to her on my suicidal thoughts and she told me to go to where she was immediately,' he said.

Mejja's interview saw many open up about their battle with suicidal thoughts. Below are reactions to his video

Faizol Qui People think suicidal minds are mostly related to lack of money.... But it's not.

In fact when you depressed you can't tell... It's like telling a drunkard person umeshalewa he will deny I'm not bado. Depression is mainly due to mental health illness

Namuye Edgar Ojiambo Depression is real! very real and on the rise among the youthful.

Mumbi Maina so many people are battling with depression secretly who would have thought Mejja would be going through such anyway, depression is real and the earlier people learn to accept and get help the better

Msoh Muthoni Been there before I understand