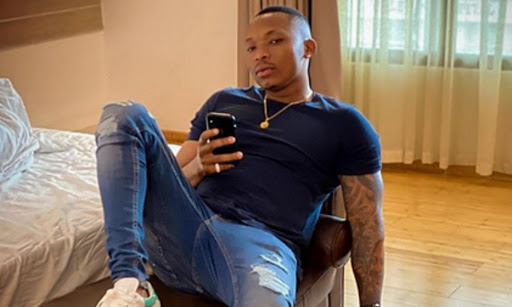 Multi-talented singer Otile Brown has revealed that it isn't easy for one to make it in the Kenyan music industry.

'I think Kenyan artistes should be respected...all of those "big artistes" yáll compare us with, they had/have godfathers who hold them down even now that they've made it, their godfathers are still putting money on their projects...Our growth has to be slow and gradual coz we are always doing it all by ourselves, no label no investors and remember we ain't from rich families,' he wrote in part.

Otile pointed out that they (artistes) struggle to make ends meet because they don't earn enough.

'We have to balance the little that we get to pay bills, take care of our families and invest it back in the business...we've been failed by our government, media and even some of the selfish stakeholder in the media business eg music distributors who take advantage of artists...tell me why a corporate brand would take about 70% of all the revenues collected from platforms such as ringback tones and other platforms, they've sucked us dry...I also see young ballas but all they want is to call you for a hang out on alcohol and women just to make them look cool...that's why y'all will never see me around them...Before y'all speak, always know that we're doing it by ourselves and those, who think are better than us "wamebebwa". What they think about is how they grow in their music coz everything is sorted. With love and I'm straight btw and okay with my gradual growth...just stop thinking and saying that we ain't putting in enough effort, ' he added.

Jadoz Ktown octo tried to put across a point at that time pple were hyping diamond....but you acted a sell out...now whatever you've said is the truth but kuwa na msimamo..sawa mr.obeezy

Bahati Kartel Brians The problem is the artists themselves.... Apart from Otile Brown,,Sauti sol and some other few who sing music that has got content,,the rest are nothing but jokers and clout chasers.... Don't get me wrong gengetone is cool but then again it's limited to a certain audience 😌I mean it's even limited to Nairobi only because most of the people in other parts of the country don't even understand those things they sing 😪 Artists should put in effort and sing music that's not limited to Kenyans only but the continent and the universe at large 🥴They keep blaming fans yet they themselves put out mediocre content....I mean it's high time they level up and we will come through for them