No hustle is too small! Meet the stars who used to be house helps 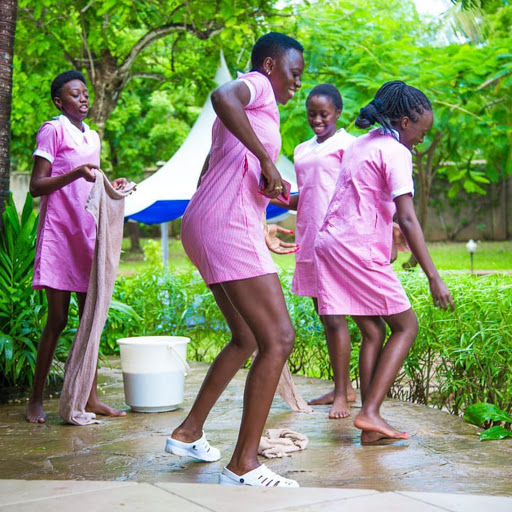 Not all the celebrities started out on a high note. Most struggled to get to where they are.

Here are five Kenyan celebrities who used to be house helps before they got their big break.

Nyota Ndogo started out as a house help. She never dreamed she would be a star, let alone be a homeowner and a landlord.

Her salary as a house girl was a mere Ksh 1,500 But once she was discovered by a coast based producer who produced her mega hit, Watu na Viatu, her star rose to great heights.

The award winning gospel artiste with a golden voice was once a house girl in Eastlands where she earned KSh 1,300.

At the time, her parents did not have money to take her to college so she opted to hustle it out till something better came her way. Now, she is a gospel music power house.

Gospel singer Betty Bayo’s story of grass to grace is retold in her first ever debut singe, 11th Hour. Betty's move from the pits to the palace is like a fairy tale.

She used to get paid Ksh 70 in Kiambu, per day for her house work services. But her vision was to be someone bigger and more influential.

If you look at her career progress and success, you can tell a lot of hard work and fortitude went into building the brand that she is, right now.

This comedian has always joked about his hard life growing up.

He left his job as a fisherman in Homa Bay and traveled to Nairobi to live with his uncle in one of the affluent neighborhoods in the city.

The comedian says that he was turned into a house boy to pay for his sustenance in that house. But look at him now.

Akothee has never hidden the fact that she did many menial jobs before she became the boss lady. She talks about it all the time.

After her 7-year romance with her high school sweetheart hit rock bottom, Akothee had to hustle to put food in the mouths of her children. She took up a job as a house girl, a taxi driver among other things to survive.

Years later, she is an entrepreneur with various business interests in transport, tourism and entertainment.