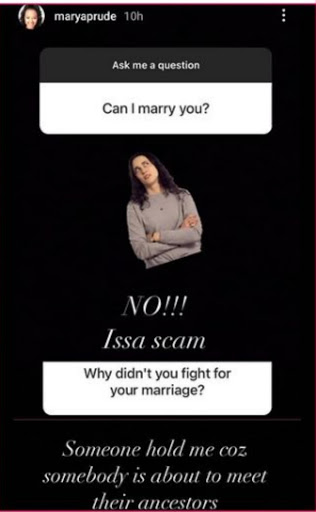 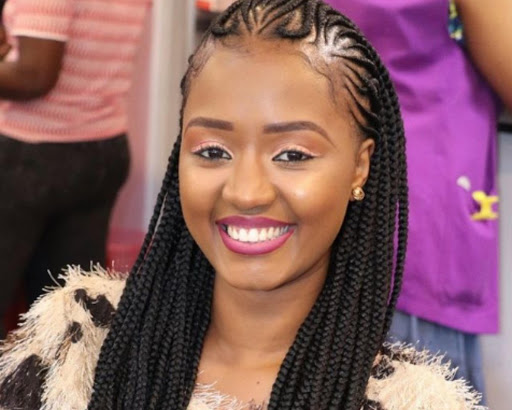 Willis Raburu's estranged wife Marya Prude is happy and doing well after parting ways with him. The two broke up in 2020, a few months after losing their unborn child. They got married in May 2017 and just like any other marriage, they had their own ups and downs.

In a Q&A session with her fans on Instagram, Marya opened up about her failed marriage, love life, dealing with grief among other things.

'Can I marry you?' one follower asked and Marya responded saying,

Another follower asked why she didn't fight for her marriage and she said,

'Someone hoLd me coz somebody is about to meet their ancestors.'

She also revealed that she is single.

In a previus media interview, Raburu said that he regrets exposing him to the public.

'I love and respect Mary and I don’t blame anyone who spoke bad things about the whole issue because I am the one who exposed my relationship to the world in the beginning. I was the one who used to post her on social media doing this and that. I have learnt to put my life in private,' he said.