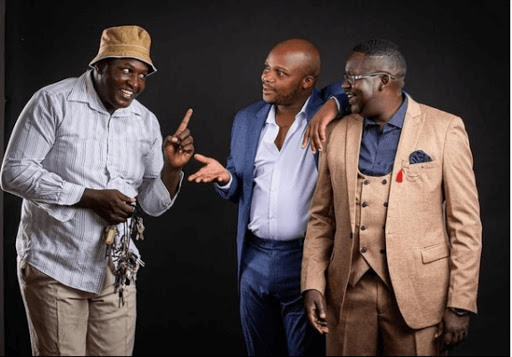 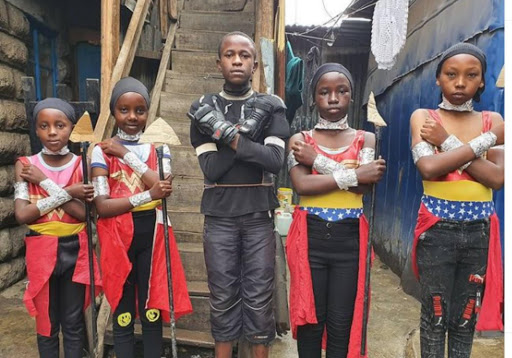 Comedy industry bigwigs-cum-radio presenters Daniel Ndambuki aka Churchill and Jalang'o have teamed up to bring you the biggest show ever.

The main goal of the show is to help Kenyans actualise their dreams.

Sponsored by Charity Sweepstake, the show has attracted many people, and this week, Benson Kariba Kinyanjui, a student at Maseno University had a dream, to distribute 1000 sanitary towels to teenage girls in and around his home in Nyandarua. The young girls in his county will now have access to Sanitary towels, thanks to Shika Dream.

"I personally admire passion, especially from a young man with six brothers and no sister. God bless him,' Churchill said during the show

Speaking exclusively to Mpasho.co.ke about the show, the godfather of Kenyan comedy Churchill said,

'We started the show mostly because so many Kenyans have been reaching out to us on social media, letters and even when we meet them with their many ideas and needs.

I personally believe that every dream is valid and no dream is too small. Covid-19 hit almost every Kenyan, affecting some greatly. So we thought of coming up with a platform that will enable Kenyans to share their dreams and pitch to their fellow Kenyans to support them. Tumepata submissions nyingi sana, it's overwhelming and we thank the partners who have helped us fulfil a number of dreams so far. A notable mention is Kenya Charity Sweepstake who have been with us so far. We hope to touch every life and fulfil as many dreams as possible.'

As always new concepts take a bit of time to sell to Kenyans but this is one idea that will allow us to touch vulnerable lives thanks to our partners Kenya charity Sweepstake.

We may not change the world in one day but we are determined to change a Kenyan family one day at a time.

Over the last seven episodes that have been aired, Daniel Mwibanda from Kacheliba West Pokot was awarded 3 Computers and a printer to enable him to set up a Cyber Cafe. A deep freezer was awarded to a butcher and they have helped pay school fees for a father whose hustle was affected by Covid. And H-Town kids from Huruma got a filming kit; a camera to create content.