From Betty Kyallo to Timmy: Celebs who wanted to be nuns and priests but things changed 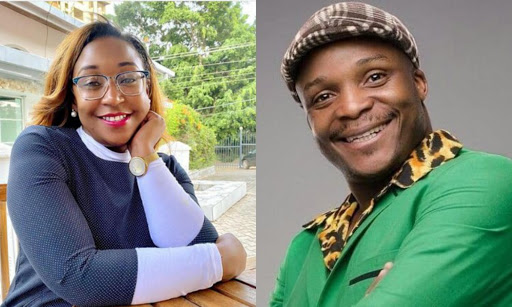 Are you from a strict religious family? Have your parents forced you to do something you didn't like? Did you grow up dreaming to become someone or pursue a certain career but didn't?

Well, we have several celebs who wanted to be nuns and fathers while growing up but things changed.

From Betty Kyallo to Timmy Tdat, here are the celebs who wanted to serve in church but along the way things changed.

The mother of one in an interview with Churchill revealed that she was raised in a staunch Catholic family and wanted to be a nun but the world changed her dreams.

'I WANTED TO BE A NUN BUT MABUDESCO CHANGED ME. WALINICHANGANYA WAKANIMALISA. I USED TO ADMIRE NUNS HOW THEY LOOKED NICE IN THEIR WHITE CLOTHES DURING MASS… I WAS LIKE I WANNA BE LIKE THEM HAKUNA KUSUMBULIWA NA MACHALI. HALAFU YOU SERVE GOD… LAKINI ILIKUWA NGUMU. NIKAONA WACHA TUU NiKUWE NEWS ANCHOR I DO WHAT I WANTED TO DO. I REALLY WANTED TO BE A NUN MAYBE IVANNA [MY DAUGHER] WILL BE A NUN,' she said.

The Kiss FM presenter said he wanted to be a priest but when he told his late father about it, he dismissed him because no one in their family was Catholic.

Back then i was at St. Paul Catholic church Homabay serving God diligently...I am seated in the left of Father Onyango who had then inspired me to be a priest...when I later told my father that I wanted to be a priest he told me to point  out one person in our larger family who is Catholic...I was the only catholic in the entire family...' he wrote in part.

I have been baptized twice at Church of Christ in Africa which is our family church and also in Catholic my church. Nowadays I don't have a church I attend any church any given Sunday but now I want to join a good community and a church. It's been a long journey see our bare feet...no shoes! #GodWins

The bubbly media personality during an interview with Jalang'o revealed that he grew up in a Christian family and his dad was strict.

He was also the Organising Secretary of his high school's Christian Union (CU).

Raburu was convinced he would be a religious leader but things changed though he is still born again.

He grew up in a Christian family and his late father really wanted him to be a catholic priest.

'I was raised in a staunch Catholic family. From day one my late father wanted me to be a priest. As a young boy, he would make sure I attended all the three masses at our church and take notes on how they were conducted. I served as an altar boy for as long as I can remember but my passion wasn’t in it. Still, I believe that if my dad was here with me today, he would still be proud of the man I have become,' he said in a previous interview.