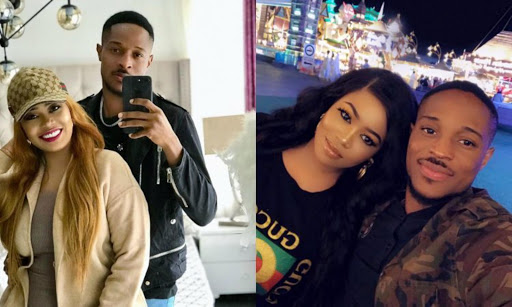 Jimmy Chansa, Vera Sidika's ex-lover has confirmed that she dumped him. The bootylicious socialite and the Tanzanian doctor dated for roughly seven months before they broke up early this year.

In March this year, Vera dumped Chansa, claiming their relationship was toxic.

'I WALKED OUT OF MY RELATIONSHIP COZ I’M NOT GONNA STAY IN A TOXIC ONE JUST TO IMPRESS PEOPLE LIKE YOU. YOU CAN THINK WHATEVER YOU LIKE AT THE END OF THE DAY I’M THE ONE WHO’LL FACE THE BULLSHIT SO I WILL ELIMINATE WHAT’S NOT GOOD FOR ME. IF U LIKE SAY WHATEVER, STRANGERS ON THE INTERNET WILL NEVER LET ME TOLERATE BULLSHIT FROM A MAN JUST TO SHOW THE WORLD THAT I’M STILL IN RELATIONSHIP. HELL NAH. I WILL ALWAYS PUT MYSELF FIRST.,' the scialiate said while esponding to a fan.

She hooked up with her ex Otile Brown's friend Brown Mauzo two month ago and they have been displaying their affection for each other on social media.

'In this life, make sure you are the centre of attraction, coz its lights, cameras then action.'

One of his followers asked him if it was true he was dumped by Vera Sidika and his answer left many surprised.

Below is the screenshot