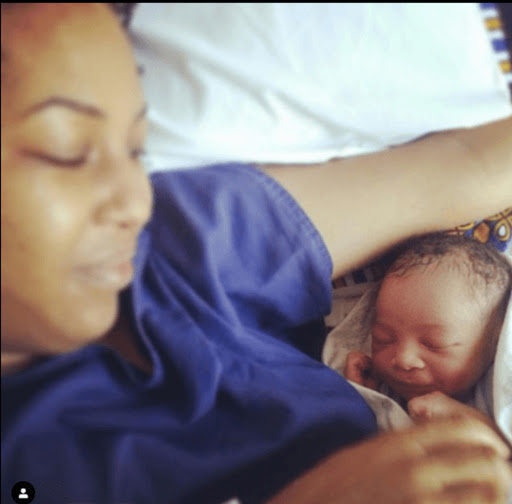 Mombasa based actor Dan Sonko is celebrating his firstborn's birthday. His late wife Druscillah Sonko gave birth to their first child seven years ago but unfortunately passed away after giving birth to their second child.

He shared a photo of his late and their son Djibril after he was born and captioned;

After all that, you decided to take a dump before eviction hence star in you had to have "Curtains Opened" to signify your Entry!

In you I am raising a Son

In me You are raising a Father

All I have to give you is Love.

May Love be your Guiding Light my Son. Happy Birthday,' he wrote.

'Thanking God for Grace and Favor upon this Gentleman's life.

Praying for continued Good Health and Provision as we journey on through life.'

Sonko has been raising his kids on his own until last year, when he 're-married' his wife's best friend.