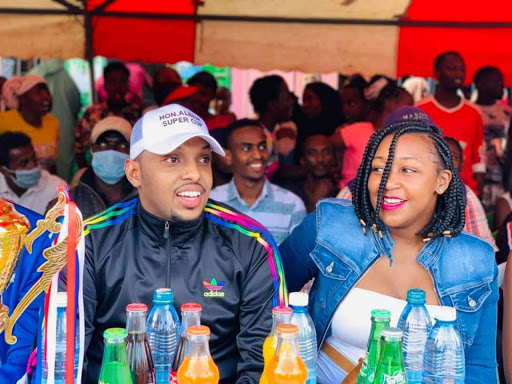 In case you haven’t heard ex-K24 reporter Betty Kyallo and former Citizen TV reporter Jacque Maribe are vying for a political seat in 2022.

Lupita Nyongo once said that all dreams are valid, but here are things Kyallo and Maribe should understand.

Politics is a dirty game

Politics is a dirty game, but it’s twice as dirty when it comes to women.

They have to prove themselves to the world that they can do the same things men can do when it comes to development.

Politics is not a place to slay something Betty Kyallo is used to.

Yes, she is good at what she does but she is usually more concerned about how she looks and what people think about her.

Truth be told Betty is a slay queen.

Maribe on the other hand has to prove to people what she can do after she was dragged into the murder case of city businesswoman the late Monicah Kimani.

The tag still hangs around her head and she will have to clear her name, murder is not something people easily forget.

Being in politics means going to bed with the devil

I know what you are thinking, but I don’t mean this in literal terms.

It means that Betty and Jacque have to understand that in politics there are no permanent enemies.

In politics, there is no burning of bridges as today you might be at this party and the next day you are not.

Politics can leave you broke for life

Funny as it may sound some people invested their savings to join politics only for them to fail to clinch any political seats.

Some even go to the extent of selling their property just to sustain their political ambitions.

Politics is a gamble

Politics is a gamble; you can either win or lose.

Don’t let people deceive you to imagine that just because you are a famous utaingia bunge, ask Baba about that.