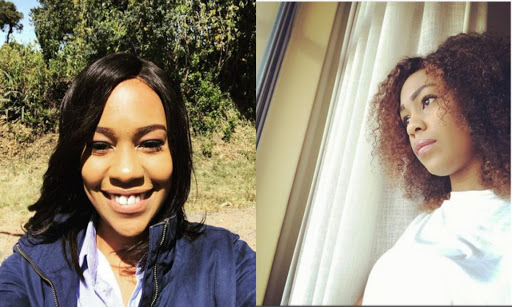 Revered Citizen TV presenter Victoria Rubadiri is a force to reckon with.

The multitalented journalist is one of the most respected female public figures around thanks to her clean image.

She is among the many who support women empowerment.

Well, below are things you didn’t know about Victoria, go through;

She is the mother of a teenage daughter Neema.

Speaking in a previous interview on being a single mother, she said,

I had to let go of that tag of a typical single mom and letting go of that stereotype not for other people and society but just for me. Never ever did I want my daughter to grow up having that same residue of my ‘mistake ‘to be put upon her. And for her to feel that I am less than or second class citizen because I come from this home or my mother is this

The multitalented journalist was born in Kenya.

'Yes, I am Kenyan, I was born here in Nairobi, spent ten years of my life here, and then we went to the United States of America.

Explaining the origin of her name, she said,

Her father reverend Kwame Rubadiri is a popular pastor at CITAM

5. Worked at NTV before joining Citizen

6. Schooled in Kenya and the USA

'I did part of primary in the US, high school and university,’ she said in a past interview.

Rubadiri recently narrated how she struggled to fit in given her  ‘funny’ accent and name after moving to the US at the age of 10.

‘I’ve always wanted to fit in. I’ll admit it’s been a weakness of mine. I guess it stemmed from that insecure 10-year-old Kenyan girl trying to find a place in this ‘New World,’ called America. My ‘funny accent,’ and ‘funny name,’ would ensure my square peg would never fit in their round holes,’ she wrote on Instagram.

'A decade ago when I returned to Kenya, after 14 years in the US, I was met with the same dilemma this time trying to fit into a culture that was my own but was so foreign. Again my ‘funny accent,’ 😜and ‘funny name,’ (Rubadiri is Malawian🇲🇼) made sure of that. I realised the harder I tried to fit in, the louder my difference would SCREAM.'

7. Her grandfather was popular

Her grandfather was Professor David Rubadiri, the former University of Malawi Vice Chancellor. He passed away in 2018.

Speaking after winning the award, the excited presenter took social media to thank the giant world media and she wrote,

It’s an absolute honour to play a small role in elevating the memory of the indomitable Komla Dumor. Thank you to  @BBCWorld for the incredible recognition. Here’s to African journalism and telling our authentic stories. The journey is only beginning.

9. She's very eloquent and has great interviewing and presentation skills

11. She lives a private life from the public eye

12. She is one of the most respected female media personalities around and a role model to many