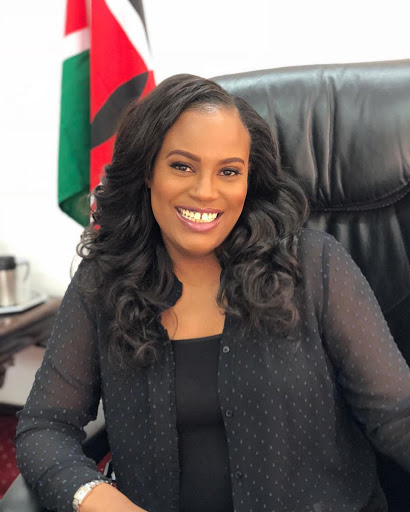 Nana Gecaga, the niece to President Uhuru Kenyatta has narrated how lucky she is that she is still walking despite getting into freak accidents in the past.

The mother of three was speaking during an interview with MC Jessy.

According to Nana who is now a recovered addict, alcohol almost ruined her but her family gave her chances to amend her ways.

'I started drinking while young and I partied a lot.

At 21 years old, I checked into a rehab for alcohol addiction.

I used alcohol to mask other thing I was going through at the time.

When alcohol hooks you, it hooks you real good.

I started drinking to forget and feel numb before long I got hooked.

It was something you wouldn't want your child to go through that.'

Nana added that it's only after she had been through rehab that she learnt the pain she had caused her family.

'I was selfish and I was a brat.

After coming out of the rehab is when I realized the trouble I put my family through.

I had been given many chances but my brother Jomo Gecaga and my sister decided that I be given the last chance even when people were almost giving up.

I had crashed cars and gotten into accidents, I am lucky to be walking with no major damage.

Alcohol is the worst thing to use to numb yourself because you have to keep taking more.

I still have friends who are still stuck in the bar.'

'You have your whole life ahead of you.

Everybody wants to be with the cool people. But it's better to be a loner because they are not easily influenced.

They have the highest chances of making something meaningful out of their lives.'