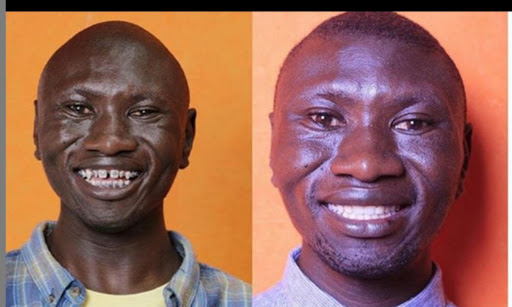 Kibra's finest Stivo Simple Boy is a great example of talent and brains. The Mihadharati hit singer is among the few artists whose music is sensible. He talks about problems affecting society.

Stivo Simple Boy gained game after his Mihadharati song and after an interview with Chipukeezy. The humble singer, who didn't attend secondary school, worked in construction sites to make ends meet before his breakthrough.

Speaking in an interview with Jalang’o, Stivo said the highest amount he has ever been paid was after performing at a Freshers' night at Kenyatta University last year. He was paid Sh50,000.

He said he gave the cash to his parents who live in a remote village in Oyugis, Homabay county.

'My parents live in ushago (countryside) where they have water problems. So I gave them the money for them to drill a borehole. Now they are okay,' he said.

The soft-spoken artiste also revealed that his parents didn't support his music career at first but they're now his biggest supporters.

My parents used to complain to me when I tell them that I want to do music and they would tell me that it was witchcraft. These days they are very supportive.

Kenyans were wowed by Stivo's  interview and reactions include;

Sumeiyah Chuma This guy is so simple & down to earth, guys kindly support him.

Moses Kiiru He used the 50K to drill a well for his parents (that touched me)...Blessings will follow you Simple boy wherever you go.

Edna Wambui who feels inspired by Simple boy? Jalas I have never seen you this happy, kindly support this man

its _arif Maaaaad respect Stivo this guy has touched the life of many people during this pandemic.... God continue to bless yaaaaaa