'I separated myself from the gospel industry...it's rotten,' Bahati talks about his stand 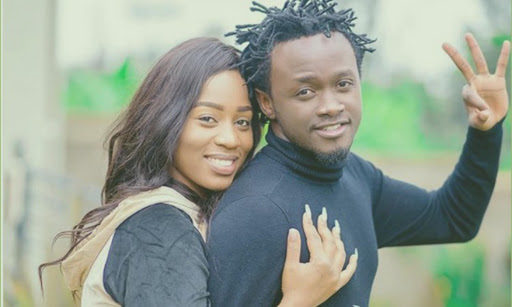 Kevin Bahati has finally addressed claims that he is no longer a gospel artiste. The Mama hitmaker has of late been releasing secular songs and doing collabos with secular artistes too.

Speaking in an interview with MC Jessy he said,

I have Christ in my heart and believe in God and he's the reason I'm at the top, I cannot leave Christ. That's the most important thing, it's not the gospel industry. It [gospel industry is rotten]...story for another day.

I prayed before I wrote Wanani, Missing You (secular songs). I was fought a lot in the gospel industry and I knew I was not doing the gospel for the people.

The father of four went ahead to say that he will still be dropping gospel hits.

“When I am doing a gospel song I’ll do it for God, not for the industry. I just separated myself from the gospel industry for a while but I'm in Christ. The Lord is my personal saviour," he said.

The gospel industry is full of hypocrites and this has been evident severally where they desert their own especially at the hour of need. Also, most big wigs have been accused of not supporting their own.

"I think what God is doing at the moment, he has given me a moment to feed certain people sababu hawa watu wanahitaji kuskiza love songs. Wanani is the most played song right now in the country its listened to by both secular and gospel supporters because I'm still a son of Christ," Bahati stated.

Kenyans have reacted to the singer's remarks and comments include;

Kevin Kagiri Bahati am your fan lakini umepotea njia kaka, either you're hot or cold otherwise God will vomit you bro.

miss_gachara God is not an author of confusion.

dfredoluoch Let Bahati know you are either hot or cold and not lukewarm...God loves everyone but hate sin or kuchanganywa. The gospel industry can be rotten as you say BUT the gospel ministry is not. Gospel is the good news which is Christ. Romans 1.21 NIV Version.For although they knew God, they neither glorified him as God nor gave thanks to him, but their thinking became futile and their foolish hearts were darkened

afrilifestyle When you told to digest your words before speaking. Never ever mix God with business

opipi_pr When am eating Too much Ugali, I will do it for my stomach, not for the industry....CLOUT

judiwambo Ujue pia Mungu can put you aside for a while.