'Didn't know that I'll be burying you next,' Gidi's emotional tribute to Papa Shirandula 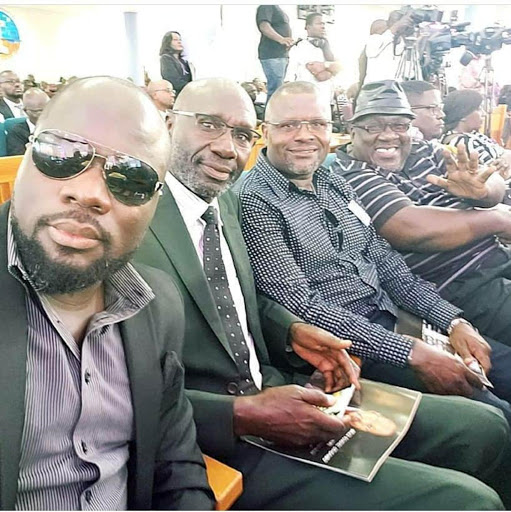 As the nation continues to mourn veteran actor Charles Bukeko who succumbed to Covid-19 on Saturday, Radio Jambo's Joseph Ogidi has paid a moving tribute to him.

Gidi shared a photo he took with co-host Ghost Mulei, Fred Machoka, and Papa Shirandula during the burial of Bruce Odhiambo in January 2019.

'This is the last time I saw Papa, at Bruce Odhiambo funeral 😢 didn't know that I will be burying you next...very jovial man, Rest in Peace bro....so sad 😞' he posted.

Lizz Njagah I do not even know what to say. I have known Charles Bukeko for a long time. I remember the first time we met was when we did Lion and the Jewel at Phoenix Players many many years ago and he was playing my father the King, I was Sidi. We collaborated in some shows since then. Makutano Junction, et all and then he went on to own the airwaves on Papa Shirandula. The industry has lost a GOAT. May he rest in eternal peace.. My deepest condolences to his family.

May the Good Lord Rest Your Mighty Soul in Peace. It's an end to a beautiful era.

Condolences to the family ...

Yvonne Khamati Many things can be said about Papa, as he was fondly referred to, but most importantly, he showed artists how to commercialise their craft,” stated Ms Khamati. “For many years, artists in Kenya have not been able to feed from their craft but Papa Shirandula, through his acting and being business-savvy, and with this clarity of mind, managed to commercialise the art

veraatsango This guy helped me debut on TV as an actress.I'll never forget him. A legend in the Kenyan entertainment industry. His immeasurable talent will never be encountered again. May God remember those he has left behind. Rest in peace Mr.Charles Bukeko.😭😭😭Tutaonana Baadaye.