'I have slept on the sofa severally... when we argue,' Nameless reveals 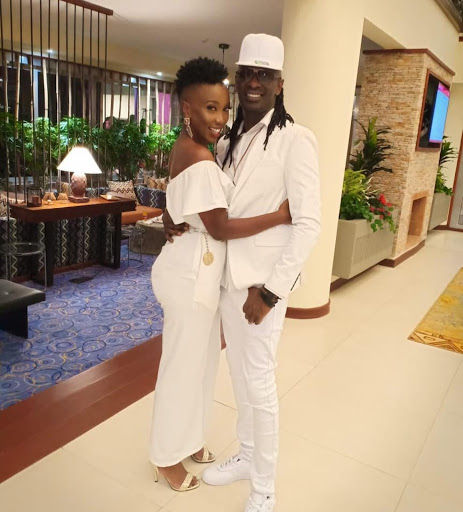 Even though to everyone they seem like the perfect couple, Nameless said that on several occasions he has had to sleep on the sofa after being 'thrown out.'

Speaking while appearing on MC Jessy's YouTube channel, Nameless advised that the best thing to do is to invest in good sofas, for when such times come along. And they do.

'You know MC Jessy, let us tell people the truth.

There are times I have slept on the couch and it really helps the marriage. At times you need to take time out,” said the singer.

One thing I would like to tell men, they should be very keen while buying furniture for their house.

Ensure that you buy sofas that you can use as a bed. When things get tough in the bedroom, you will need that seat not once or twice,” said the father of two.

Having dated for almost 20 years and being married for 15 years, the tactic has worked for the couple as they rarely expose their dirty linen to the public.

Many consider them role models and we agree with that. Marriage is all about investing and not just expecting things from your partner.