'I quit my job to take care of my son!' DJ Evolve's mum speaks 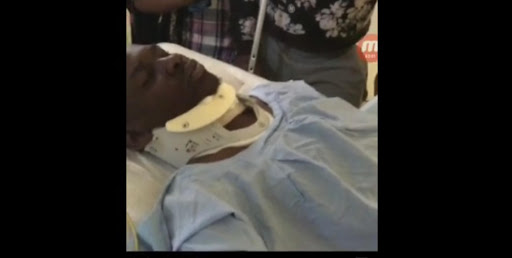 For the last six months life in the Orinda household has never been the same.

This is after Felix Orinda a.k.a DJ Evolve was shot in the neck at point blank range by Embakasi East MP Babu Owino.

He spent the bulk of those months on hospital receiving treatment.

He was recently discharged and is recuperating at home. A fact the the mother is not pleased about because she believes the son who is paralyzed from the waist down still needs medical attention.

She also revealed that Babu Owino was able to pay the Ksh 7 million hospital bill as ordered by the court.

"Babu Owino paid the 7 million shillings bill as ordered by the courts. I did not ask for my son to be discharged as reported by several media houses. I am not a doctor and I do not know how someone could fake something like that," she said.

The Embakasi East MP is facing attempted murder charges for shooting Evolve on January 17, but was released on a Sh10 million bail to be paid in instalments.