(Video) Instagram baller Hushpuppi arrested for fraud! Police detail how he got rich 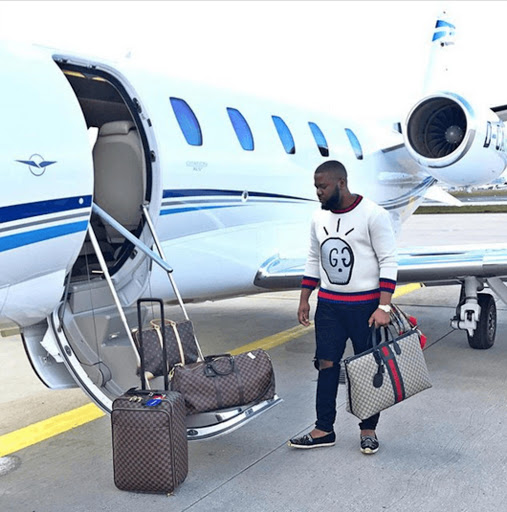 Nigerian baller Hushpuppi whose real name is Raymond Abbas was arrested for fraud on June 25, 2020 in the most dramatic of ways.

What makes it even more like a scene from a movie is the fact that officers from the FBI and Interpol swooped on Hushpuppi's Dubai apartment as he slept.

The 38-year-old Nigerian influencer had no idea he was going to be raided.

Hushpuppi was arrested amid claims of a £350 million cyberscam.

According to police reports he used his ostentatious instagram lifestyle to help to “lure victims from all over the world”.

Twelve others including Olalekan Jacob Ponle aka Woodbery were arrested in co-ordinated raids for their alleged parts in a complex online racket.

“The gang including Hushpuppi, known for his display of wealth on social media. He would pose as a businessman to lure victims from all around the world. A team of Dubai Police monitored the gang that was creating accounts on social media with fake names,” Brig Al Jallaf said.

“They were designing and mimicking company and bank websites to steal credit card data and illegally obtain victims’ money before laundering the cash."