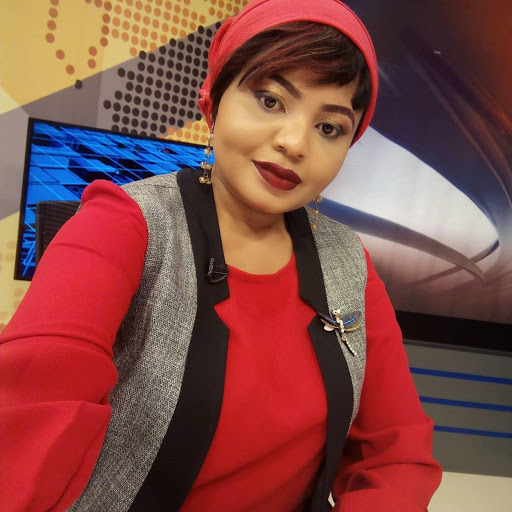 Mwanaisha Chidzuga has penned a moving letter to her ex-colleagues who were laid off this week by Mediamax.

She took to social media to explain why she called it a day and wrote,

“MY CONTRACT ENDED ON THE 1ST OF NOVEMBER AND IT WAS FOR FOUR YEARS FROM 2015. I HAD A DECISION TO RENEW IT OR NOT. SO I HAD ALREADY MADE A DECISION NOT TO. IT’S JUST A MATTER OF TIME. FOR ME, LIFE HAS TO GO ON. THERE IS MORE TO LIFE THAN JUST TV. I MEAN, THERE IS THE INTERNET, YOUTUBE, ALL THESE THINGS.”THEN I’M ALWAYS PREPARED. WHEN ONE DOOR CLOSES A GATE OPENS FO YOU. FOR ME, I’M ALWAYS READY FOR THE NEXT OPPORTUNITY. FOR ME, IT’S NO BIG DEAL. I’M OKAY 2020 WILL BE AMAZING FOR THE KENYAN WOMAN.

The mother of four, in a letter to her ex-colleagues, the likes of Caren Kibett, Isabella Kituri, Karen Knaust, Joab Mwaura, Eric Njoka, talked about losing her job in 2015 advising employees not to be too comfortable at their workplaces.

Chidzuga, who recently launched a YouTube channel and runs a chain of Swahili Cuisine restaurants further advised her followers to always think out of the box.

Dear Friends ..I wrote this letter to myself when I first lost my job back in 2015..I thought I should share coz it changed my life I hope it does to you too.. Too attached to a Company never again😜😜😜😜 As long as your name is not listed as a shareholder or amongst the owners of the company don't be too comfortable. Use that platform (Employment) to build yourself the same way you are so busy and committed in building another person's company. Employment should be a #SIDEHUStLE and your side hustle should be your FULL-TIME JOB. Start over, Invest in it, build it, take risks for it, lose sleep for it, get angry and furious for it , celebrate its success and failures because it has your DNA in it. To those who have lost jobs POLENI but take the lessons with you so that next time it happens you should be more than ready. It will be like transitioning to better bigger you. I have been there twice and since then am more than content with the person I have become. My friends don't be too attached to employment or companies and institutions that never asked your input when they were setting up or laying the foundation in the first place. That was the owners' and founders' vision and dream. You were just one to making that dream a reality and to sustain it and make profits or whatever and when the time came to replace you they never even thought twice or remembered your input but just saving what's theirs,' she wrote in part.

She went ahead to say,

The time has come for you to rise, live your dream and make it a reality so that one day you will stand tall and be counted amongst the ones who made the best decision for themselves and their companies. I know its tough, it hurts, hearts are broken, but mine is to CONGRATULATE you all for accepting to live your best lives now while you still have the energy and time to invest in yourself n rebuild what is rightfully yours. Go out there plant that seed, let God show you that He is the Almighty, He is in Control.Safari ndefu huanza na hatua moja..Congratulations for your Job Loss.