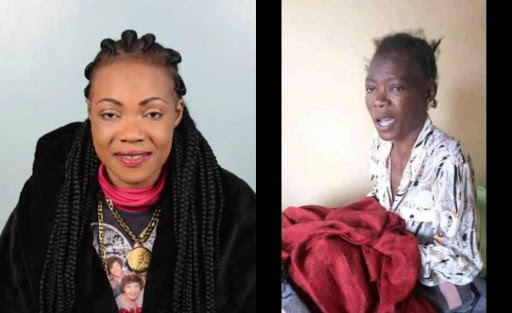 Rumours of her death went viral in the wee hours of the morning. Social media was ablaze with news that Lady Maureen had passed on and this was followed by hundreds of her fans resharing the 'news' and paying tribute to her.

In a phone interview with Mpasho, Margaret told off those 'killing' her daughter online and she said,

Watu wamepost ameaga na bado mtu ako mzima. Nashindwa ni nini inaendea? She's alive and not dead. She is at home recuperating and most of the time she finds it difficult to speak on the phone for a long time so people contact me.

In February this year, speaking to Mpasho.co.ke on phone, the Wagni Wabiro hitmaker who has been sick for two years was in pain.

“I’M WEAK AND IN PAIN,' she said PROMISING TO CALL LATER after gaining energy.

Marget also  called out Maureen's fake friends and in a previous interview, she said,