Reformed touts! From Mark Masai to Simon Kabu, celebs who were once makangas 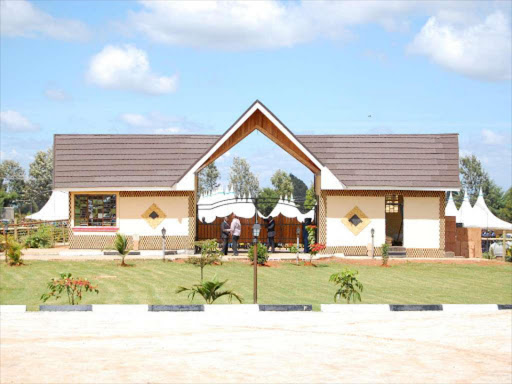 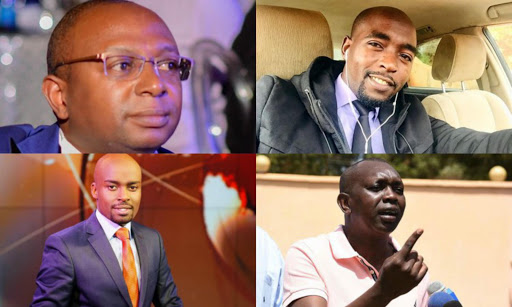 They say no situation is permanent and we all agree to that.

There are so many prominent people across the world who came from nothing to something.

They've worked their way up to beat the odds and become successful people in society.

In the local showbiz industry, we have several celebs who were once hawkers and touts/makanga before they made it in life.

Well, from Patrick Igunza to Kapseret Member of parliament Oscar Sudi, below are prominent Kenyans who once worked out as touts (makanga).

The current Hot 96 and Citizen TV presenter has tasted the tough life of being a matatu crew go through.

From dealing with difficult pasengers to tough cops, Igunza worked as a makanga after finishing high school.

I REMEMBER ME AND A GROUP OF FRIENDS – ABOUT FOUR OF US – WOULD GO AND BECOME TOUTS BETWEEN THIKA, KITHIMANI AND MATUU. WE WOULD DO WHAT THEY REFERRED TO AS ‘SQUADS’ AND THEN GET SOME MONEY,' Iguunza said in a past media interview.

He is a father of three.

Simon Kabu is the CEO of one of Africa's leading tours and travels company Bonfire.

Kabu is eating life with a big spoon.

His wife Sarah is the director of Bonfire Adventures and have two kids. They've been married for more than five years.

Kabu did menial jobs to raise his university school fees.

He worked as a turnboy loading and off-loading milk at Tuzo and Brookside companies. He also worked as a tout.

IMAGINE MY PARENTS COULDN’T AFFORD COLLEGE FEES AND HAD TO LEAVE UNIVERSITY TO LOOK FOR FEES THEN WENT BACK WHERE I DID ALL TYPES OF MANUAL WORK LIKE MJENGO HUKO JUA KALI KAHAWA WEST, MATATU YA ROUTE 44 TILL I GOT THE FEES. HE LATER GRADUATED WITH A BACHELORS IN ECONOMIC AND STATICS FROM EGERTON UNIVERSITY.

He's without a doubt one of the best journalists in the country. The NTV presenter just like the rest he has come from far. He wasn't born with a silver spoon in his mouth.

Masai worked as a makanga between 2002 and 2004 shortly after finishing high school. In a previous media interview, he said

My first job I was a makanga, (tout) Industrial Area, Hillocks. I finished high school in 2002, so, between that time and 2004, I did a bit of it because it was a business for our family, I was one of the conductors.

It was before Michuki so we had a few conductors and my bro was the driver. So beba beba, industrial area Hillocks. It wasn’t fun but taught me good life lessons.

Born in a poor family of 12 the current Agriculture, Livestock, Fisheries and Irrigation CS didn't have it smooth growing up. He did several jobs among them selling mitumba and vegetables.

In a past media interview, he said,

while I was employed as a high school teacher at Kiarithaini Secondary School in Mathira, Nyeri County, I had an old lorry which I used as a public service vehicle – doubling as the driver and tout before I joined politics.

The transport business taught me a lot, understanding people and their way of living. I was a local man, mixing with local folks, although I had a calling in national politics and I knew this was not the end for me.

The Kapseret MP was born in a humble background. His father was a cook at Moi University in Eldoret and Sudi was forced to do odd jobs such as touting and delivering charcoal.

Not so long ago after Uhuru called for a lifestyle audit of politicians living extravagant lifestyles, Sudi responded saying,

We support you (on lifestyle audit) 100 per cent. From myself since my days as a tout and from my father’s days as a cook at Moi University up to now, and everyone else… starting with President, from Jomo himself to the President.

He is known for his opulent lifestyle and his mansion in Uasin Gishu county has always left tongues wagging.

He has two wives Lillian and Ann Sudi.