'...time is out just know I did my best,' says Eric Njoka amid sacking rumours at K24 TV 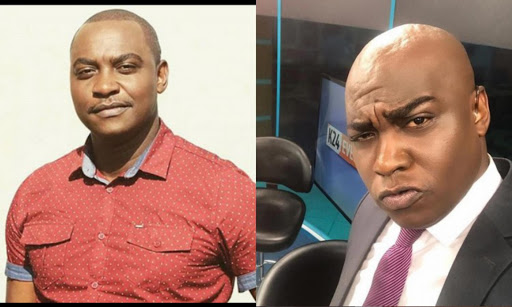 Word on the street has it that K24 TV is planning a mass firing soon and it seems many of its employees are ready for anything.

After Betty Kyallo called it quits on May 30, Eric Njoka, a presenter at the Mediamax owned TV station says he's ready for whatever outcome.

Njoka, who doubles as a morgue attendant, shared a post saying he wasn't fine and asked his fans not to pray for him because their prayers didn't work.

Thank you all for your concerns, I am not fine and won't be for a while but I will make sure to keep smiling. Don't keep me in any prayers, they don't work.

In a recent Instagram live, Njoka lashed out at Mediamax management for planning to fire people during this Covid-19 and he said,

'...It’s frustrating so many people. Some have many families and if someone is not going to speak for them then, where I go I will regret why I never spoke for them. I did speak for them because people are really suffering and they can’t speak out.'

When my time is out, just know I did my best, diligently, with poise, faith and determination. Feels like dejavù but iriz wat iriz. #Anchorman is still my name.