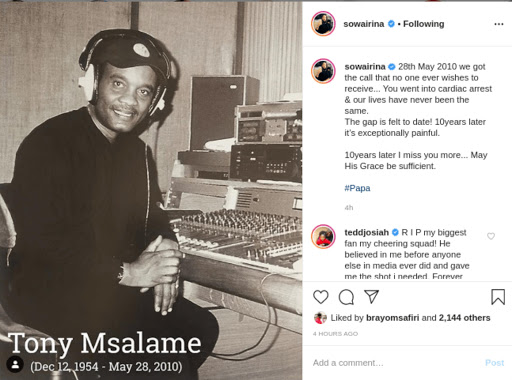 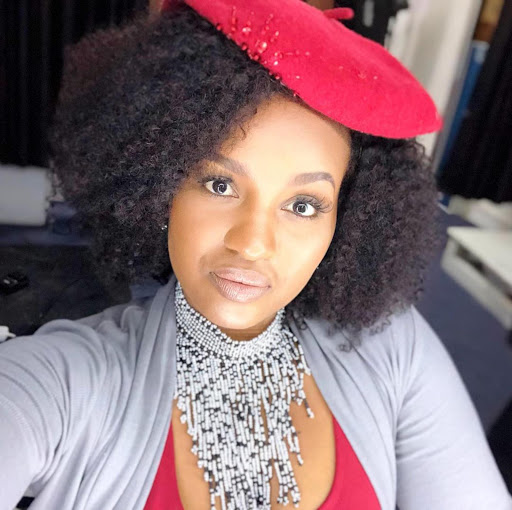 It is now ten years since the death of Tony Msalame, Grace Msalame's father. According to details in the eulogy, Tony felt unwell on the morning of Friday, May 28, 2010, while at his Sheki FM studio in Nyali, Mombasa and died as he was being rushed to hospital.

He married Pauline Mukuhi Msalame on May 3rd 1986 in a unique traditional Taita and Kikuyu ceremony and formalized on May 26th 1989 at the Attorney Generals Chambers.

He will be remembered as a pioneer of FM Radio in Kenya, having given Kenyans their first taste of Commercial FM Radio at what was then known as Capital FM ( Later changed to Metro FM)

In 2003,Tony left Metro FM and moved his base to Mombasa where he set up Sheki FM. Even though he owned the radio station he never stopped going on air  to present his show.

'28th May 2010 we got the call that no one ever wishes to receive... You went into cardiac arrest & our lives have never been the same.'

'The gap is felt to date! 10years later it’s exceptionally painful. 10years later I miss you more... May His Grace be sufficient. #Papa'

R I P my biggest fan my cheering squad! He believed in me before anyone else in media ever did and gave me the shot i needed. Forever loved 🙏🏼💕💕💕💕

Sending you many hugs today and always 💕💕💕

And may he continue resting peacefully. God bless you and your family

It was always great meeting your dad in the studio at Metro FM on Saturdays after his show Sheki legi before I got into my show. He was always kind and great to talk to. And also very passionate about his work. Glad to have met him and interact with him. We celebrate your dad.