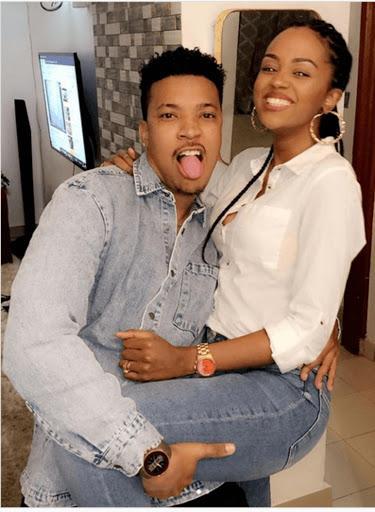 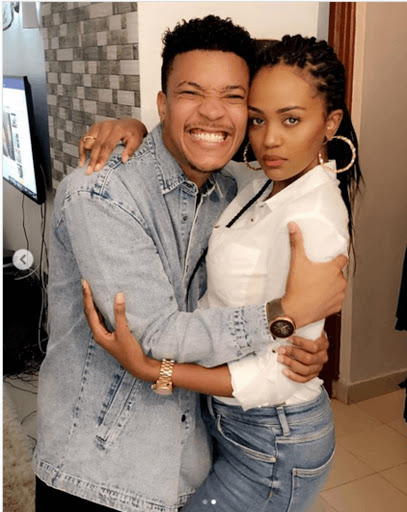 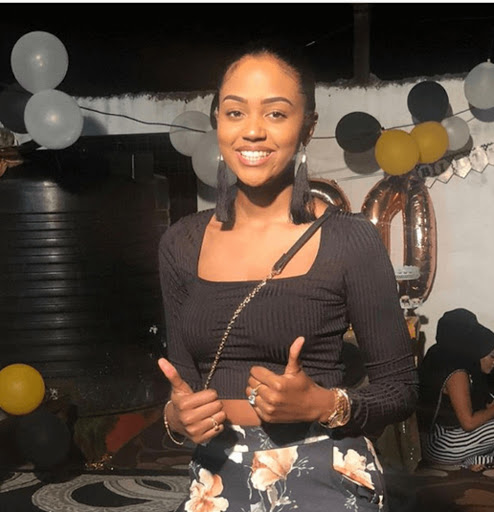 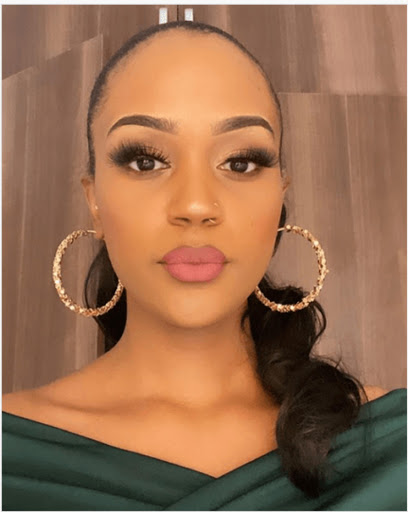 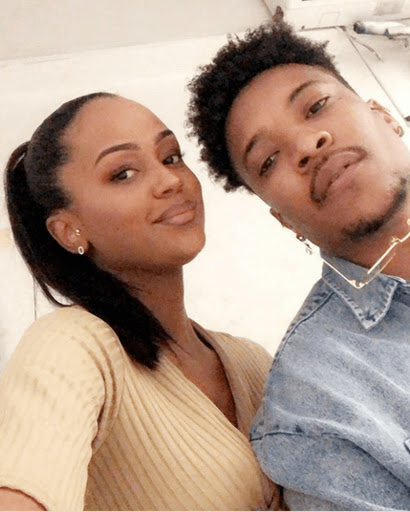 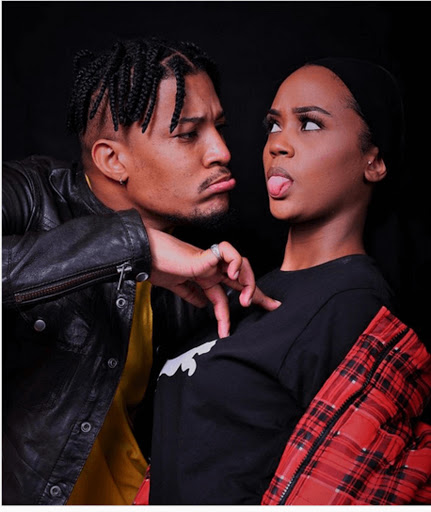 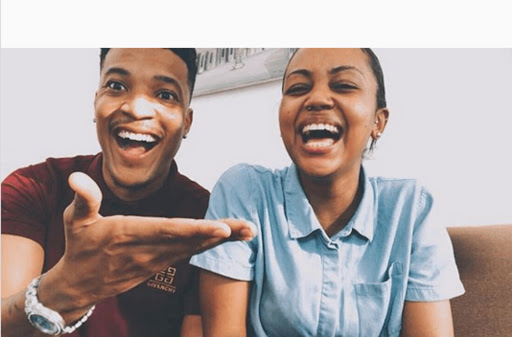 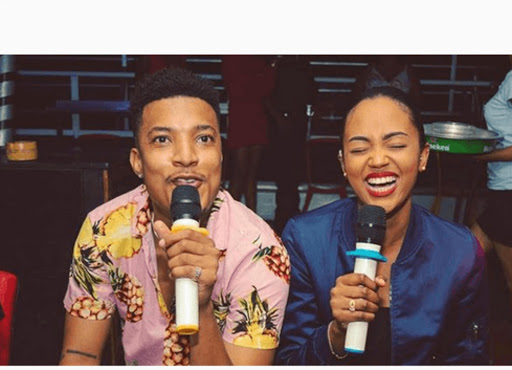 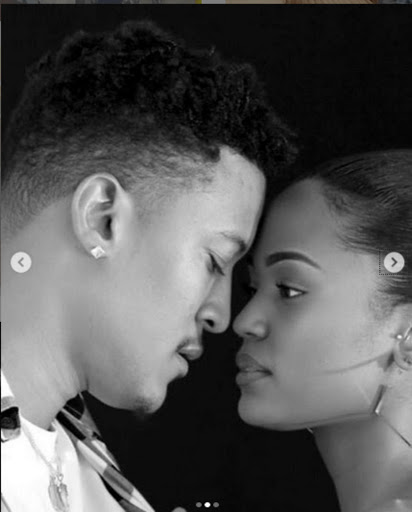 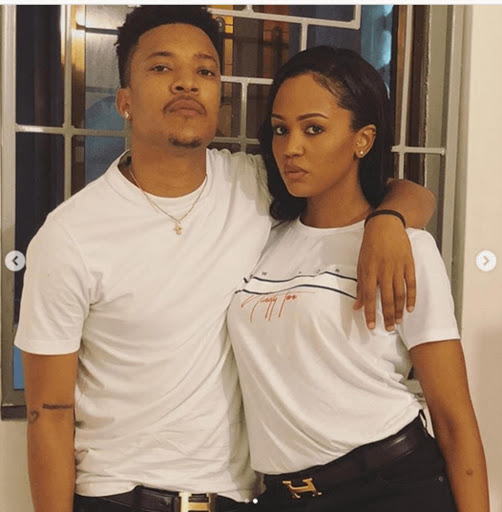 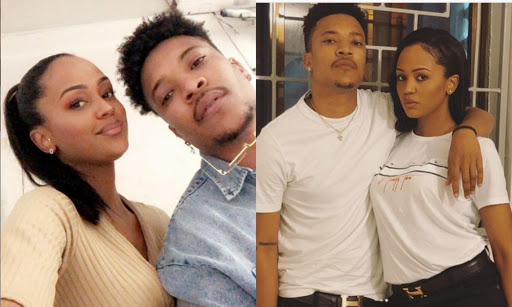 Mombasa based actor Samm Komorah's wife Aysha Zahoor is a beautiful woman. She turned 27 years today and Samm, who's actor Luwi's twin brother, penned a heartwarming message to her, which read.

I would say alot but i know it won't be enough. So all i can say is, you are one of the most amazing person i know. I treasure you. Knowing you is the best thing in my life. And as you get into another year of your life, i wanna be there in all situations. Sad or happy. Happy birthday beautiful. More life. More love..I love you to the bone 🦴 ❤️❤️❤️❤️❤️...'

Well, Aysha is deaf and she revealed this for the first time on her YouTube channel.

My hearing is very bad. I have a profound hearing, I'm completely deaf. I CAN'T HEAR ANYTHING AT ALL WITHOUT MY HEARING aid.

She lost her hearing at the age of 13 years old.

'I woke up in the morning one day and I couldn't hear anything including the birds chirping. The only thing I was hearing was tinnitus (buzzing and ringing sound) but I couldn't hear around me. I was shocked. I ran downstairs where my dad and uncle were and WHEN I TOLD THEM i COULDN'T HEAR, they thought I wasn't serious. Everyone ignored me and thought it was just an infection. It did hurt when people thought I was just exaggerating,' said Aysha in a shaky voice.

Tinnitus or ringing in the ears is the sensation of hearing ringing, buzzing, hissing, chirping, whistling, or other sounds. The noise can be intermittent or continuous and can vary in loudness.

After seeking medical attention, she was told there was no cause for her hearing loss

'According to medical research, I had Cogan syndrome [ a rare disorder characterized by recurrent inflammation of the front of the eye (the cornea) and often fever, fatigue, and weight loss, episodes of vertigo (dizziness), tinnitus (ringing in the ears) and hearing loss. It can lead to deafness or blindness if untreated]. My eyesight became blurry and was taken to hospital and was given medication for that," she narrated.

The 27-year-old bubbly mother of two was scared after losing her hearing but she got a Cochlear implant to aid her in hearing.

'When I got a Cochlear implant I could tell the sounds were different it wasn't what I used to hear before. But over the years I learnt the sounds are very normal,' she said.

She explained that the device has its disadvantages and batteries have to be charged every night or else she can't use it.

'If my batteries aren't charged I can't use my device. Sometimes I get headaches from it because of the magnet that sits under my skin. There's a magnet inside and outside of my head. Tying my hair causes pressure against my head and causes headaches,' she said.

Adding, that only one of her ears is working.

Luwi's sister-in-law also revealed she was in hospital for several months and underwent three surgeries before she went back to school.

'I was put on steroids which made me thick, hairy, and one had to be loud or shout for me to hear, forcing doctors to try another treatment.

'Anyone who visited her would write on a note pad because she couldn't hear.'

In school, she said everyone treated her normal and that's how she wanted it.

Aysha said she struggles a lot because even with her hearing aid, at times she doesn't hear.

'I can hear you speak but the words aren't clear to me. I struggle a lot.'

Her story moved many to tears and she narrated how her mother was more hurt after she lost her hearing more than herself.

"I used to get worried and ask her worrying questions. I would ask her things like, 'Will anyone ever marry me because I'm deaf?' and that worried her a lot. Look where I am now. I got to say Alhamdulillah, I do not feel bad about my situation. I feel like it has made me who I am today provided me with so much love. I'm surrounded by love and have no regrets. I've gained a gift, I'm gifted," she said.

Below is the video