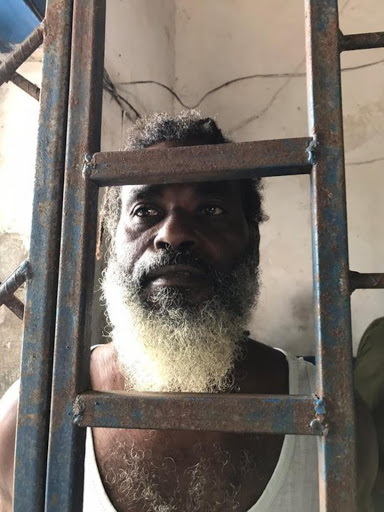 Omar Lali, the boyfriend of Keroche heiress Tecra Muigai is behind bars.

Tecra, who was visiting her 54-year-old boyfriend in Lamu's Shella village died after suffering a head injury.

She was diagnosed with a cerebral-edema resulting from a fall from a staircase in April.

Tecra was then airlifted to Nairobi and admitted at a high-end hospital, where she was in a coma and died on May 2.

Omar was arrested on May 3 and is currently in police custody.

On Monday, he appeared in court before principal magistrate Allan Temba, who granted police their request to detain him for 21 more days as they unravel events that led to the death of Tecra.

Below is a photo of Omar Lali behind bars