From night runners to teacher's pet, here is how the pandemic has affected them 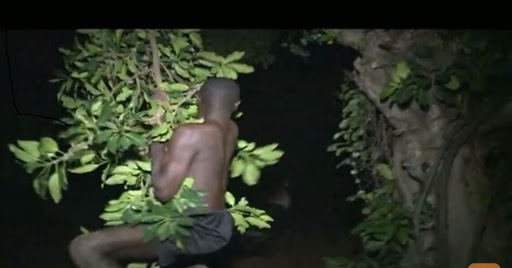 The coronavirus pandemic has affected the economy in ways no one ever imagined, and it is not clear how long we will take to recover.

There are however some ‘odd’ jobs and groups of people that are greatly suffering.

Check out our analysis below.

These are people who run around at night in their birthday suits.

It is alleged that night running is passed down from generation to generation.

Night runners are having a hard time; this is because most of them operate at weird hours of the night between 2am to 3am.

Due to the curfews, Kenyans are not allowed to be outside past 7:00 pm, this means night runners can no longer practice their trade.

Although it’s not a paid kind of job, it gives them a thrill scaring people.

Although I have never visited one I have seen enough movies to know that most people love visiting witchdoctors at night when the world is sleeping.

But that is no longer possible as there is a dusk to dawn curfew and a lockdown in some parts of the country.

People visit witchdoctors for various reasons among them seeking financial freedom, ill intentions of wanting to harm others, etc.

If you grew up in the ghetto, slums, or just low-income places then you must have come across such characters.

These are people who peep while you are showering, some do it to see how a woman’s body looks like while some are just run of the mill perverts.

Now that everybody is at home they cannot risk being found, itabidi wanyonge monkey (if you know you know).

Yes, you read that right, some people have a fetish for women’s innerwear.

So what happens is that they steal different types of panties and keep them in their houses. Some wear them and some just smell them.

With everybody including their kids being at home, they have to lay low.

These are students who are constantly favored by teachers and nothing they ever do is wrong in the eyes of the teacher.

Teacher’s pets are not only in primary schools but also in high school and campuses as well.

It may be because they are friends with the student’s parents, they receive sexual favors (especially on campus) or they have something to gain from the ‘friendship’.

Both the teachers and the students are currently suffering.

These types of people need no introduction as they exist in every part of the country.

They are currently out of business because most sponsors are at home and can’t risk getting infected with the coronavirus.

With the way the government is tracing people, you were last in contact with they can’t risk being found out.

Most sponsors are also businessmen and business is not good so they have no money to spend on their babes.

You may or you may not have heard but there are clubs where people go and exchange their spouses and let someone else sleep with them.

This is called a swingers club.

Such things occur when a couple is in an open marriage, meaning you are allowed to sleep with other people or when a married couple wants to explore their sexuality.

Now that there is a curfew and a lockdown kazi iko down as most couples are just staying at home.

In case you did not know there exist both male and female prostitutes.

Business is down and most of these ‘entrepreneurs’ have no customers to purchase their goods.

Initially, a shot would go for Ksh1000 - Ksh1500 but in these tough times people are not willing to spend such amounts.

If your job is still up and running be thankful, huku nje kuna watu wanaumia.