Ni uchungu! Ruth Matete survived burns and her husband succumbs to it after gas cylinder accident 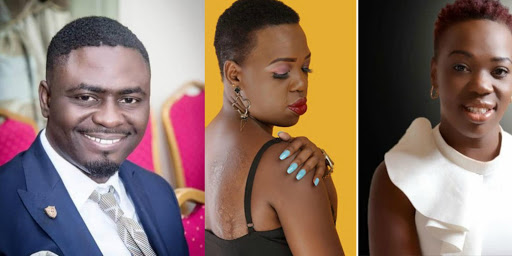 Tusker Project Fame season 5 winner Ruth Matete has been through a lot. The Help Me hitmaker has always narrated her tough upbringing and her scars remind her of the tough life.

Not so long ago, Matete showed off her big scar on her back narrating how she got it.

You see that scar on my back? That’s just what you can see. When I was young, I got burned by porridge. I was barely walking. Dad says I was still crawling. Back in Kakamega. Mum had prepared porridge and ran out to do something. I crawled and touched the tip of the pot (sufuria) and it toppled over. Long story short, I burned 80%. I don’t know what that means. I just know it’s a lot of burning.

The whole of my back, both of my thighs, parts of my hands, and a small part of my head. I mean, God was so gracious the parts that were burned are those I can hide with clothes. Now I know I was born to serve Him. Miniskirts, haiwes mek.

Ooh tank top! Ooh bare back. Ooh see through. I can’t do such. Let’s just say, God is wise.

Daddy says it was so hard for me to be carried. They had to do skin grafting on some parts that were deeply burned. (Skin grafting is a type of graft surgery involving the transplantation of skin. The transplanted tissue is called a skin graft. Skin grafting is often used to treat: Extensive wounding or trauma. Burns). I keep wondering what part of my body they removed the skin to add to the deeply burned parts. Could the portion of skin that was cut to be grafted to other parts, be the one that could have added to my height?

Anyway, before I bore you with the long story. This is what I would like to tell you who is reading this post. You may not have a physical scar like mine. Yours could be an emotional scar.., mental scar, etc. It still is a scar. And it would be unfair to even say that my scar is worse than yours. Because we have different strengths. What seems easy to someone else could be very hard for another.

We all have scars. They say time heals all wounds. I don’t agree. God heals all wounds. But even when the wound is healed, the scar still remains. Sometimes I go through hard times, and then I just look at all those scars. I pat myself on the back and say: ‘Luxo, you overcame this. This too, you can overcome’.

“Don’t be ashamed of your scar. In a battle, there is a winner and a loser. The loser sometimes dies, and the winner even though they don’t die, they are left with scars. The scars prove, he fought but came out alive. What is that you fought and won? Or what is it that you’re fighting? Don’t worry about the scars. Don’t hide them. Don’t be ashamed of them. The scar is proof that you won,' she wrote.

Many years later her husband pastor Beloved John allegedly succumbed to severe injuries he sustained after a gas cylinder accident.

Ruth and John were married for five months.

Kenyans have condoled with her family and one of her followers on Instagram identified as Victor Mutio wrote,

Ruth survived death burns when she was young and now her husband dies if fire burns? My condolences to the family.