Revealed! Truth about Kenyan women and tribes they come from 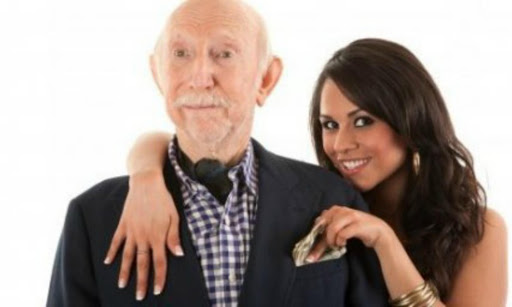 They are known to be hardworking, loving, hustlers, prayerful, brains of the house and protective of their families.

But there are different misconceptions about these Kenyan women.

Well, below are different characteristics of Kenyan women from these eight tribes. Peddled by different people on Facebook...

Everyone has heard the one about Kikuyu women. How they plait their hair, read a novel or knit and placidly inform their partners to cover them when they are through with their business.

If one day you return home to find an empty house and your children gone, then you are in the groove with a Kikuyu. They are known to be "packers".

They will pack and go with the children and furniture after 40 years of hard labour in marriage.

A common saying goes "A Kikuyu woman will treat you like a king as long as you have cash, but toss you like rotten mutura (traditional sausage) once you are broke."

Kikuyu women are known for the following phrases “I would rather cry in a Mercedes than laugh on a bicycle.”

Money is not everything it is the only thing. "Everyone loves money. You cannot go to your landlord or the headmaster at your children's school and say, 'we are in love, please understand us for not paying.' Love is no substitute for money."

They are known for mashakura. They will mix rice, arrow roots, sukuma wiki, potatoes, githeri and all imaginable ingredients in one pot. Their men have to always sneak out to enjoy nyama choma or chapati in a smoke-filled joint on their own.

They say all women are schemers but Kikuyus have perfected it to an art. On the first date, they have you all sized up. Wallet size, the level of education, future ambitions. So by the second date, you will be paying their rent.

The myth of the sex athlete goes back a long way. Kamba women are known to be a force to reckon with. By the time she is 30, she is in total control.

It is said that they are given a thorough briefing by their aunts and grandmothers as part of their initiation rituals.

And yes, many of these women are unbelievably stunning in looks. She gives you a killer smile, giggles knowingly, and you want to marry her there and then.

Kamba women love to marry in the military. By your third date, her cousins, grandparents, sister's boyfriend...are on your miserable payroll.

And of course, there's the joke about the colours clashing. You know, a mix of screaming orange and luminous green is a God sent match for them.

You will need all your wit and guile to resist the coconut women. Love potions come in handy. Once the man is fixed with it, he is transfixed to her for life. You are her boi (boy) eternally.

These women are so idle that they spend the whole day applying henna all over their bodies, prepare elaborate weddings and cook biryani the whole day as they gossip.

They are well-coached in the art of pleasing their husbands. No one understands better that the way to a man's heart is through his stomach - chapatis and pilau (which they are experts in the making) does the job.

On the looks department, they are endowed with dashing looks and mellow voices.

Apparently These Are The Meanings Of Kikuyu Female Names

Lakeside women are said to stick to their men like glue as long as they suspect love is in the air. But don't you dare look at another woman! If you do, she will have you and the other woman by the neck.

They are in love with first impressions. You have to have class. If you wear moccasins on the first date and drive a pick-up, she will dump you like rotten fruit.

And you better speak the Queen's English (never Kiswahili) with a rounded twang. Big words (especially the ones she does not understand) make a lifelong impact.

And the restaurant better be classy, not necessarily expensive. If you fulfil all these, by the tenth date, you will spot her clothes in your wardrobe. She has moved in.

Luo women are proud to have "drop-dead gorgeous" bodies - with 'Adhiambo sianda' being their brand name.

True African figures, they say. They are also known to be good cooks and bewitching lovers.

These women are known to be modest and to have austerity. They cannot stand extravagance. A Luhya woman would rather stay at home and drink numerous cups of tea than have you take her for an expensive dinner.

But as long as there is a constant supply of ugali and ingoho (chicken), she is yours for keeps. Then they are known to be in the business of making children. If she is not breast-feeding, she is pregnant.

The internet caricature paints her as a being born-again, and forever busy. She is the village chairperson, treasurer of your kid's kindergarten PTA, secretary of the women merry-go-round, weaves baskets in addition to being out every night for church keshas.

Luhya ladies are protective. And with their strong physiques, you would rather follow mummy's advice than having your bones broken.

Curly kitted hair is their distinctive look. They love it so much that every Luhya woman who prides herself as having a distinguished style will have her hair roasted for this look.

My colleague informs me, that if you are bombarded with unsolicited information about her many prominent and rich relatives in the previous government, right after the first kiss, then you have nabbed a Kalenjin lady.

Promise a Kalenjin woman marriage and she is yours for keeps. If you play your cards right then you can take her home on the second date. Strictly missionary.

They are agreeable and submissive, but rather like their alcohol. Nagging they are not but their tempers are legendary so why do they say if you come home after three days, smelling of a strange perfume and with red lipstick all over your white shirt, a Kalenjin woman will not utter a word?

If they discover their man is unfaithful, they will kill themselves and drown the children. Kalenjins like to joke that Nandi women are lazy, Tugen are rude and the Marakwet violent.

Maasai women are unquestionably obedient. They will never dream of correcting their menfolk.

They still view their husbands as "lord of the house". People believe Masaai men are still glued to the custom of planting spears outside their age group member's manyattas to warn the husband that serious business is taking place inside the manyatta.

Their women toil like oxen. They build the manyattas, graze the cattle, cook, farm in addition to rearing children.

They are also generous with their husbands. Even if their husband married the 7th wife in three years, they will not object. In fact, they encourage their spouses to marry - you know, to share the work. They can be astoundingly beautiful.

If you are head over heels in love with a woman and is sure she loves you secretly, but she is playing hard to get by the 30th date, then you have struck a Meru.

Barroom talk has the Meru woman so faithful and agreeable that they will fight divorce to the bitter end. They are traditional and remote, with the village never coming out of them.

Like their men, they are reputed to be hot-tempered and can shred you to pieces if you cross their path. In the looks department, a Meru woman will hold her own against any beauty queen.

Once a Kisii woman has it in her head that you make her world rock, then you have a lifelong attachment.

She will never leave, even if you hire ten bulldozers to evict her from your house. They are also well known for their fiery tempers.

As for money, they are the reverse of Kikuyus - money and posh cars do not impress them much. And when it comes to dressing? Those in the know say their dress sense is not the most impressive.