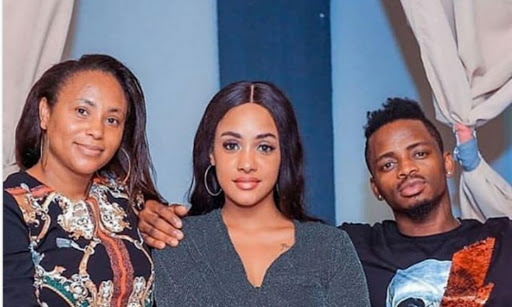 Diamond Platnumz family is known for turning against his women once things between him and them go south.

They will praise you in the first stages of dating but once they get tired of you, they will frustrate you, forcing you with no option but to leave.

Tanasha Donna, the singer's third baby mama in an interview with True Love said Diamond's  family and some of Wasafi's WCB crew didn't support their relationship.

I was giving my all. Sometimes I would be judged a lot because I am not your typical cultural Tanzanian woman. I don't stay at home, wake up and cook. I love cooking but if I can hire a chef why not? I faced a lot of obstacles. A lot of people did not want us together including people from the team and family,' she said.

The mother of one revealed that the fact that she was into music like her baby daddy didn't impress her in-laws.

I think the fact that I was doing music was a hindrance. The question he would get was "Mwanamke anafanya music si mtashindana?"' (won't you be in competition with your woman if she is also doing music?) `I think he was caught in a tug of war. People who had helped him on his way up and had been with him for ten years were telling him one thing on one side and I was the woman who loved him on the other,' she explained.

Tanasha who broke up with her baby daddy in early March this year after confronting her for cheating added,

I will not blame him for choosing to listen to them. Unfortunately, love was not as strong as I thought. But I won't use that as an excuse. I don't blame anyone specifically. It is life. People are brought up differently.