'Not everyone will love you!' shouts Sonko's new wife Miss Bwire 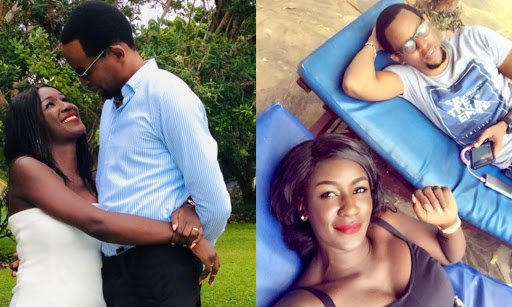 Mombasa based actor Dan Sonko has moved on after losing his wife in 2017.

The father of two is currently warming the bed of local actress Miss Bwire. He confirmed recently that they are dating.

Miss Bwire was Dan Sonko's late wife's best friend and while speaking in an interview with Japanni Massawe the actress said,

Not everyone will get you,

Not everyone will support you

Not everyone will love you

You need to learn that it’s ok for people to have feelings, opinions, beliefs that are different from your own.

It doesn’t mean they hate you.

It just means they are positioned at a different angle from yours.

As they see a pineapple eye, you might see the pineapple crown from where you’re standing.

You’re both right😉. If we all saw the world the same way.It would be one boring canvas.

Sonko and his new wife are raising his sons together and it's not confirmed whether they will wed, now that he removed his wedding ring.