Apart from John De Mathew, other prominent Kenyans who perished in accidents 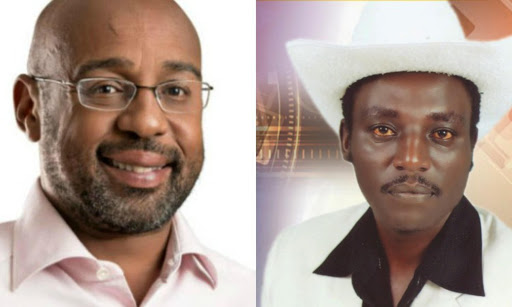 The country has lost several people in accidents among them musicians, politicians and sportsmen. From legendary Benga Kikuyu singer John De Mathew to John Macharia, below is a list of 10 prominent Kenyans we've lost in road accidents.

He died on August 19 2019 in a grisly accident. His car rammed into a lorry near Blue Post Hotel.

Emmanuel Makori aka Ayeiya Poa Poa was involved in a ghastly road accident near Catholic University of Eastern Africa (CUEA) in Apri 2007. He died on the spot. He was travelling in the company of his wife, actor Maina Olwenya, comedian Paul Wakimani Ogutu and a friend.

The gospel artiste perished in a grisly road accident at Kinale, on the Naivasha-Nairobi highway while returning to Nairobi from a performance at Egerton University in Njoro.

He passed away after a nasty accident in 2003 along the Nairobi - Nakuru highway. He was travelling back to the city after performing at an event in a Nakuru. He was in the company of Nameless.

Rapper Sharon Wangwe aka Lady died in a road accident on September 3, 2007

Bett died in a road accident at Sochoi blackspot a point known as “Shauri Yako” near Lessos on the border between Nandi County and Uasin Gishu County.

He was on his way to see his doctor after returning from an international assignment.